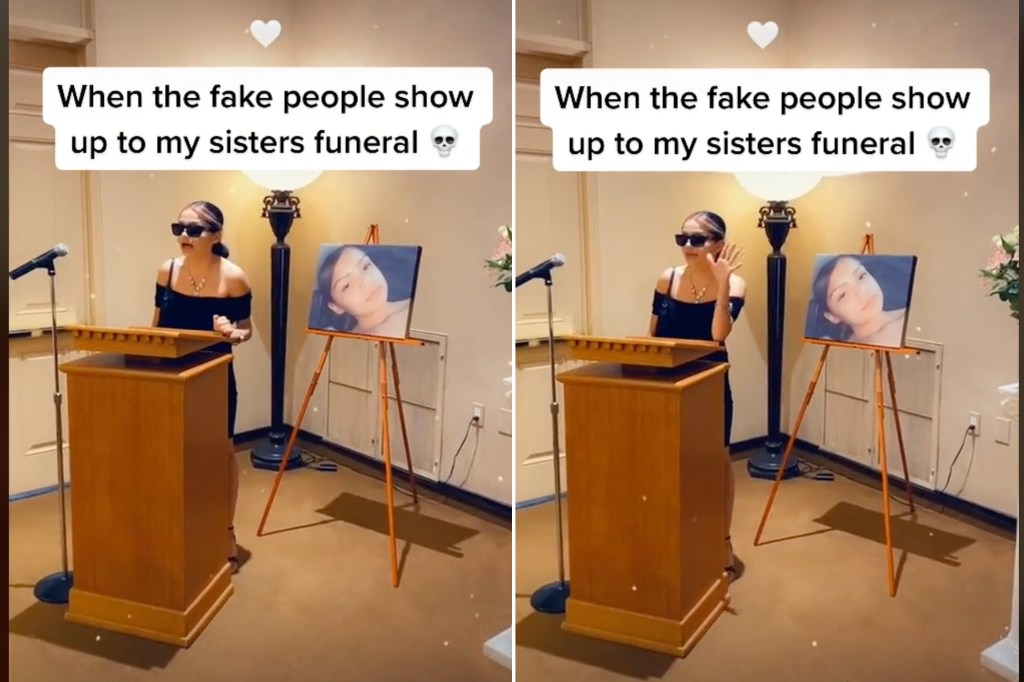 A California lady’s diss goes viral after somebody at her sister’s funeral didn’t ‘urn’ her respect.

Jasmine Parsad, who posted the diss on her TikTok @jazzklassykushco, is seen allegedly talking on the podium of her sister Ariyanna’s funeral. The video, posted final week, allegedly reveals Jasmine telling a girl she’s a “fake b—-h” who owed her sister cash and somebody her sister didn’t like. She then claims the lady is “automatically disqualified” as she didn’t donate to her sister’s funeral.

“You can leave the room, yeah, bye, bye, don’t be all surprised now.”

Jasmine captioned the video with the message “I hope I gave you the best funeral baby sis” together with the phrase “fly high” and a dove emoji.

The lady stated she needed to provide her sister a funeral with the “touch” of funerals seen within the hit TV drama “Pretty Little Liars,” the Daily Dot reported. Her TikTok has gone viral since with 15 million views and three.1 million likes.

An Arizona hit-and-run in August left Ariyanna Parsad, 18, and her finest pal useless, according to Fox 10 Phoenix.

Can the Capitals flip their season round?

Who would be the first big-name NHL participant traded this season?