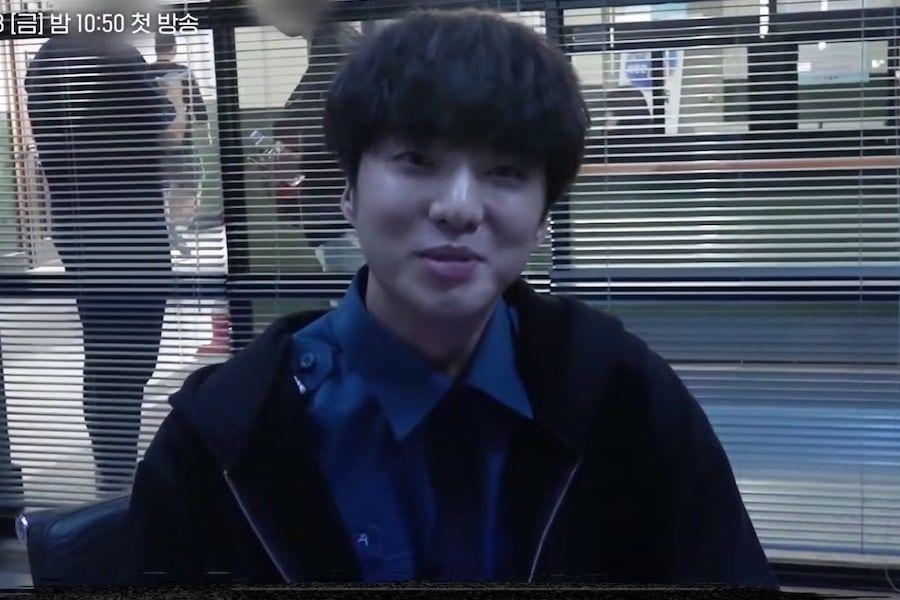 “Voice,” which aired its first season in 2017, is a drama about an emergency name middle and the staff who struggle crime utilizing the restricted data they get from the pressing calls they obtain. The upcoming fourth season will pit the Golden Time Team in opposition to a vicious assassin with extraordinary listening to skills that rival their very own.

Kang Seung Yoon is becoming a member of the brand new season as Han Woo Joo, a cyber spy who joins the Golden Time Team’s cyber investigation crew. In the behind-the-scenes video, he shared, “I filmed Han Woo Joo’s first appearance today. It’s an honor for me to play a role in such an amazing project. This is my first time playing a police officer, so there were a lot of specialized lines. I’m worried that I might have caused the seniors some trouble. I’ll keep practicing hard in order to help the cast and crew film quicker.”

Asked about his first impression of Lee Ha Na, who performs the voice profiler Kang Kwon Joo, he stated, “Meeting Kang Kwon Joo is something that Han Woo Joo has been anticipating. He’s a fan, but when it comes time to meet her at last, he also gets nervous. I’m the same. As a fan and viewer of ‘Voice,’ I felt that Kang Seung Yoon and Han Woo Joo had become the same person in front of Kang Kwon Joo/Lee Ha Na.”

Lee Ha Na stated, “Even though this isn’t [Kang Seung Yoon’s] first time on a shoot, he prepared so much. He is so pure and makes you want to help him, but he also has a playful side. It was cute seeing him so nervous.”

Kang Seung Yoon stated, “As part of the cyber investigation unit, I go through most of the cases here in the office. But I hope that someday I’ll be able to do outdoors filming as well! When I watched previous seasons, I enjoyed watching the scenes in which Kang Kwon Joo communicated with the other call center employees. We didn’t film anything like that today, but I’m looking forward to that.”

Check out the video under!

Check out the primary season of “Voice” under!

And take a look at Kang Seung Yoon within the drama “Kairos” under!