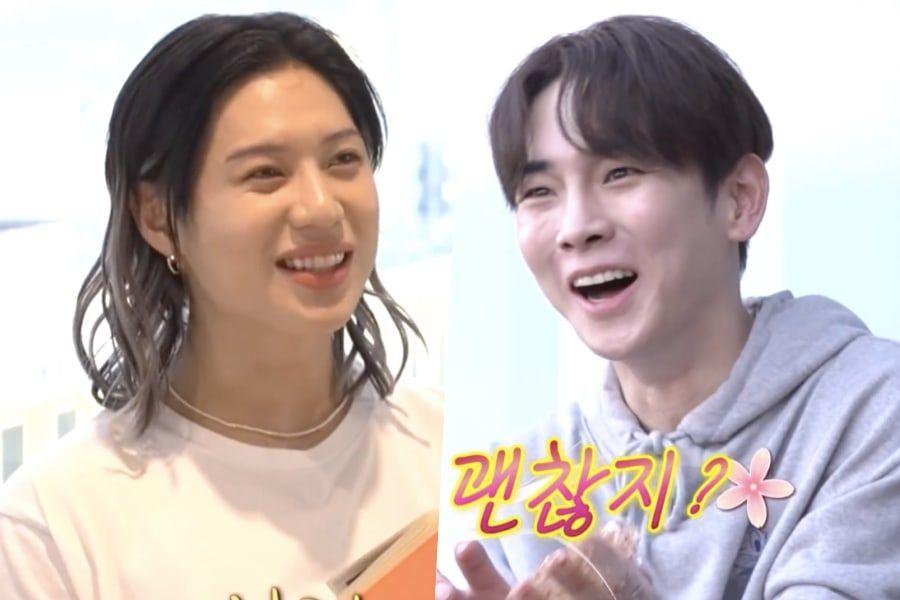 Get prepared for an thrilling glimpse contained in the on a regular basis lives of SHINee’s Taemin and Key!

In a newly launched preview for the upcoming episode of MBC’s “Home Alone” (“I Live Alone”), the 2 SHINee members hang around collectively and reminisce about previous reminiscences.

The clip begins with a sneak peek of actor Nam Yoon Su’s visitor look, following him as he eats out, goes purchasing for groceries, and goals of the house he’d purchase if he ever received the lottery.

Next, Key exhibits off his gardening prowess as he makes use of his personal home-grown herbs and greens to prepare dinner for himself. After making lemon dill butter and scallion kimchi, Key tastes the fruits of his personal labor and exclaims with a shocked giggle, “Why is this actually good?”

Afterwards, Key pays Taemin a go to at his house, and the caption proudly states that it’s the primary time Taemin is revealing his condo on tv.

As they undergo an album of previous SHINee photographs collectively, Key remarks, “When I saw those photos, I suddenly teared up and began crying.” However, Taemin has a hilariously completely different response, making Key crack up by revealing, “When we were taking these photos, I was actually really annoyed on the inside. Because you sat on my bed to take the photos.”

The subsequent episode of “Home Alone” will air on May 28. In the meantime, try the brand new preview beneath! (The SHINee members first seem within the video at 0:49.)