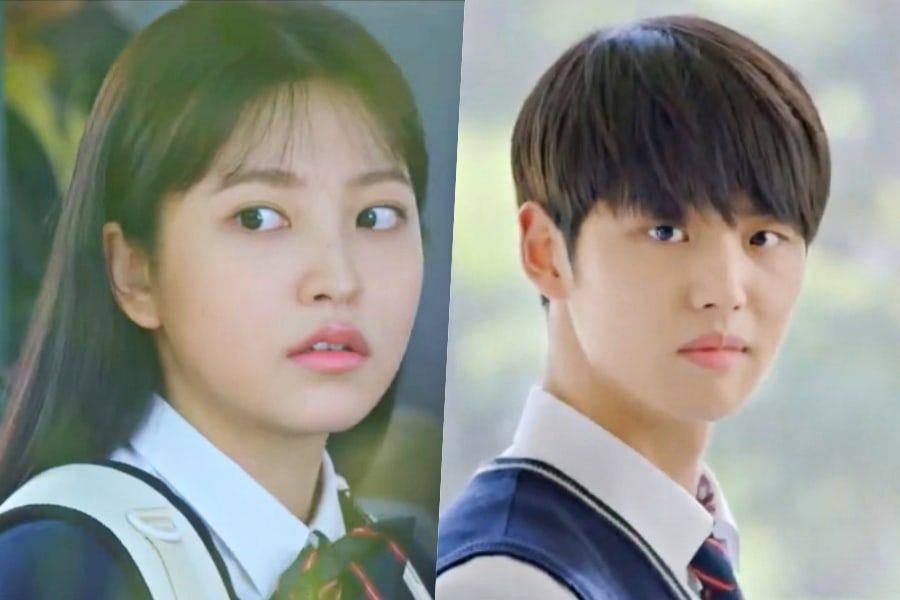 “Blue Birthday” is a fantasy romance thriller produced by Playlist, the studio behind the hit net dramas “A-TEEN” and “Love Playlist.” Red Velvet’s Yeri will star as Oh Ha Rin, a 28-year-old whose past love died on her 18th birthday 10 years in the past. She had lastly resolved to admit her emotions to her buddy Ji Seo Jun (performed by PENTAGON’s Hongseok) that day, however to her shock and horror, he ended up taking his personal life.

The new teaser clip begins with Oh Ha Rin and Ji Seo Jun in highschool, visibly within the throes of past love and fortunately chatting about how good the climate is. As Oh Ha Rin nervously prepares to admit her emotions to Ji Seo Jun, he texts her, “I have something to give you, too. Let’s meet in the photography room later.”

However, when she arrives on the darkroom to satisfy him, it’s too late. As she reveals in voice-over, “The present I received on my 18th birthday was his death.”

10 years later, in current day, Oh Ha Rin reads a letter that Ji Seo Jun wrote to her wherein he says, “Oh Ha Rin, I like you. I really like you a lot.” Breaking down in tears, she pleads, “Let’s meet just one more time.”

When she wakes up, Oh Ha Rin finds herself again in 2011, wearing her college uniform on the bus. Realizing she has traveled again in time, she exclaims, “So I went 10 years back into the past?” She then fortunately reunites with Ji Seo Jun and her different pals from highschool, with Ji Seo Jun serving to her be taught to experience a bicycle as she nervously yells, “Don’t let go! You let go, didn’t you? You let go again, didn’t you?”

Before lengthy, nonetheless, an older man ominously warns her, “Be careful. If you recklessly mess with the past, bad things will happen to you. You’ll become unhappy.” The teaser then ends with Oh Ha Rin getting right into a critical accident, her personal life seemingly in danger.

“Blue Birthday” will premiere on Naver TV on July 23 at 7 p.m. KST, and it’ll even be launched on YouTube on August 6 at 7 p.m. KST. In the meantime, try the brand new teaser under!