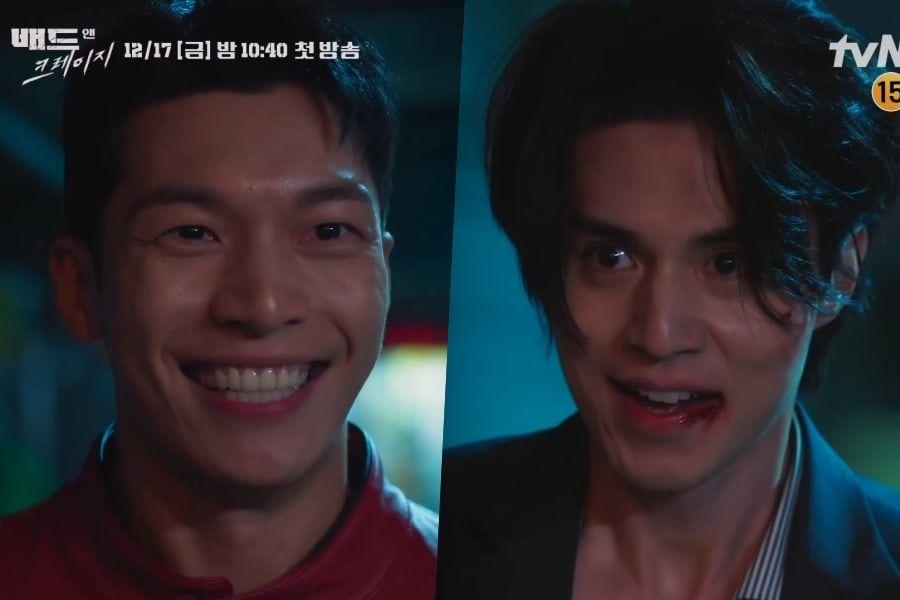 “Bad and Crazy” is directed by Yoo Sun Bong and written by Kim Sae Bom, who labored collectively on OCN’s hit drama “The Uncanny Counter.” The redemption hero drama tells the story of the occasions that happen after the succesful however unhealthy man Ryu Soo Yeol (Lee Dong Wook) meets Ok (Wi Ha Joon), a loopy man in terms of justice.

The newly launched teaser that was launched on November 26 begins with Ryu Soo Yeol and Ok’s unforgettable first assembly. Ryu Soo Yeol screams with worry as Ok takes him for a trip on his bike. In one other scene, Ryu Soo Yeol chases after Ok in his bathrobe, and Ryu Soo Yeol grows pale as Ok virtually runs him over.

The two characters hold bumping into one another like destiny. At first, they’re a quarrelsome pair, however they shortly turned a comical duo as they face the identical enemies collectively. Ryu Soo Yeol says, “It’ll just be you and me,” and Ok appears thrilled by that concept as he repeats, “Just you and me.”

“Bad and Crazy” will premiere on December 17 at 10:40 p.m. KST following the conclusion of “Happiness.”

Check out the brand new teaser under: