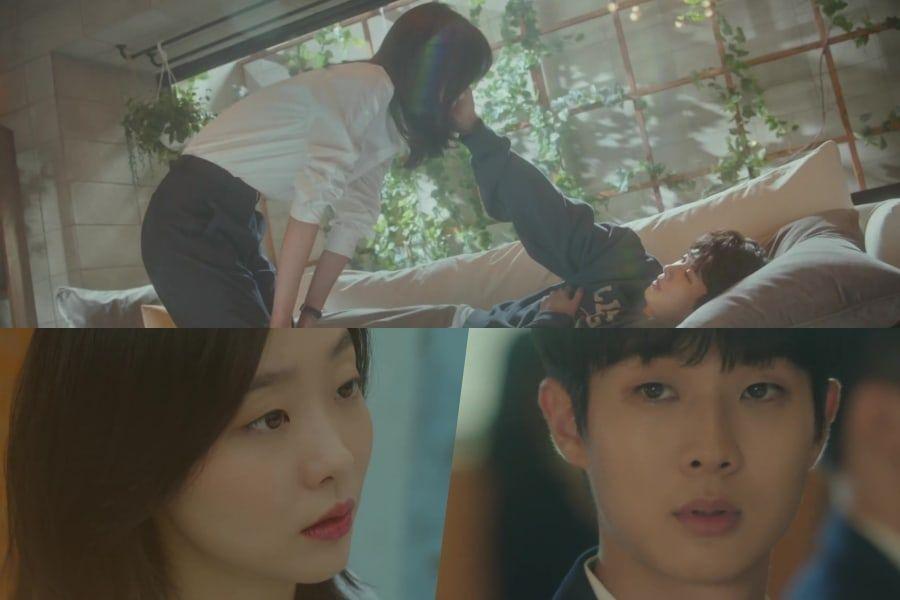 “Our Beloved Summer” is a romantic comedy a couple of couple that broke up on a foul observe, however the documentary they filmed 10 years in the past in highschool out of the blue features recognition, they usually’re pressured to be in entrance of the digital camera collectively as soon as extra.

The new teaser launched on November 25 offers a glimpse of the candy romance between Choi Woong (Choi Woo Shik) and Guk Yeon Soo. Yeon Soo asks, “Do you like me that much? Why do you always want to be attached to me?” and Woong responds, “I like living just like this beside my family and beside you.”

Choi Woong explains in a voiceover in a while, “And then we had a really messy breakup. We hurt each other so much, so we’ll probably never see each other again.”

However, his buddy Kim Ji Woong (Kim Sung Cheol) then means that the 2 movie one other documentary. After reuniting, Woong says, “Meeting her again, it’s actually pretty good to see her,” whereas Yeon Soo feedback, “Does this really feel fine?”

Another scene exhibits the 2 getting shut as soon as once more as Woong reaches his hand out towards Yeon Soo’s face.

In addition to Ji Woong, the teaser exhibits a sneak peek of high idol NJ (Noh Jung Ui), who turns into concerned about Woong and his illustrations.

“Our Beloved Summer” premieres on December 6 at 10 p.m. KST.

Check out the brand new teaser under: