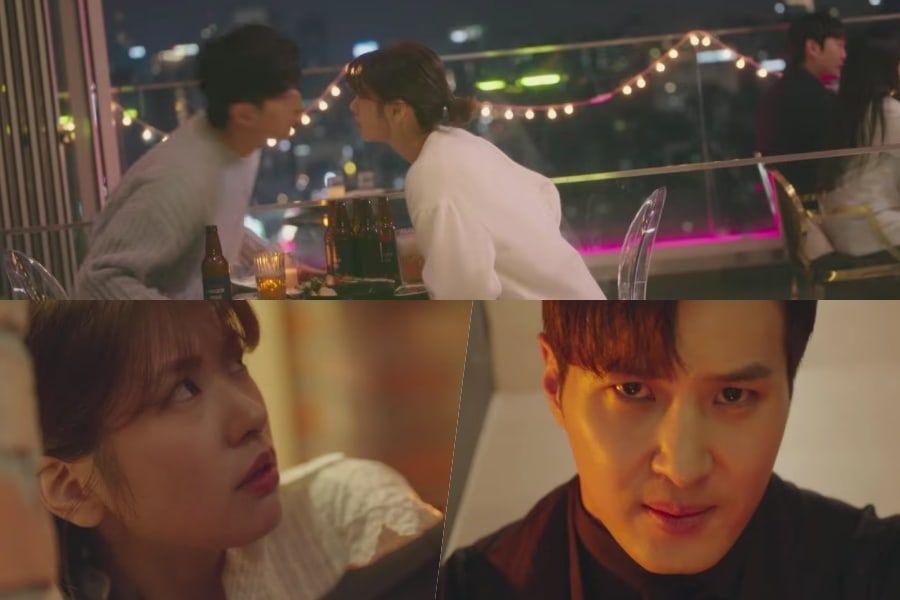 The new teaser exhibits Na Young Won and Yoo Ja Sung waking up collectively in a sunlit mattress and screaming on the sight of one another. In voice-over, Yoo Ja Sung feedback, “I should never have listened to her compliments.”

In the following scene, Yoo Ja Sung is launched to Na Young Won because the CEO of the month-to-month life-style journal the place she has simply been employed as editor. The two relive the primary time they met, when Na Young Won ran headfirst at Yoo Ja Sung and hit him within the face with a bag filled with boiled pork. Back within the current, Na Young Won asks nervously, “Are you going to fire me?”

Yoo Ja Sung avoids Na Young Won, labeling her as “a scary woman.” Na Young Won acts precisely how she feels, from candy speak to expressing rage and drunk-talking to her boss. Yoo Ja Sung likes to reside his life in a secure and predictable method, however he finds himself drawn to Na Young Won, defending her from a row of falling bookshelves and embracing her. Confused, Na Young Won asks, “Do you like me?” and he responds with a sudden kiss.

“Monthly House” premieres on June 16 at 9 p.m. KST. Check out the teaser under!