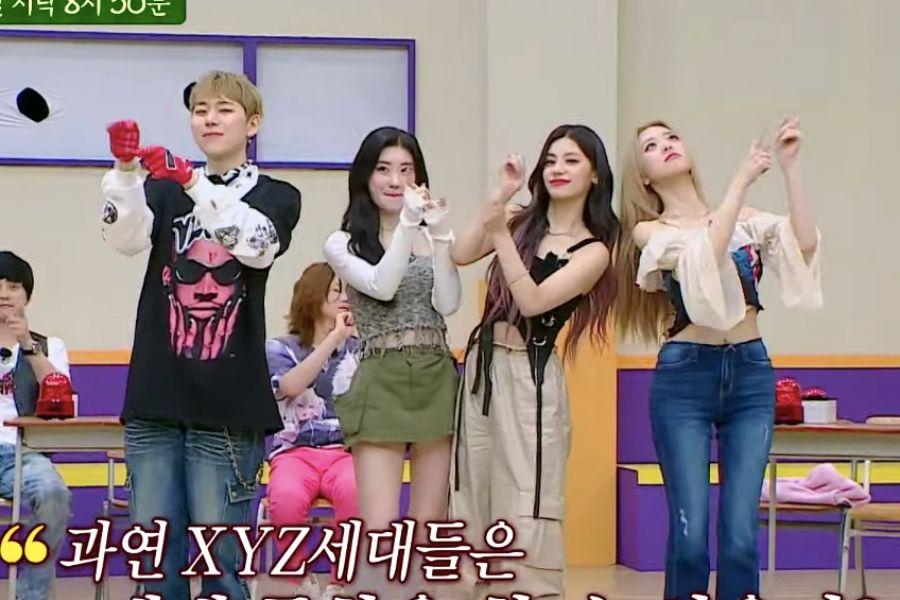 Block B’s Zico and ITZY’s Yeji, Chaeryeong, and Yuna are coming to JTBC’s “Knowing Bros” (“Ask Us Anything”)!

On July 30, “Knowing Bros” aired a enjoyable sneak peek of subsequent week’s episode, which is able to function the 4 singers as company.

In the preview, Lee Soo Geun references a previous episode of “Knowing Bros” by which he and Zico jokingly made a guess with Zico’s costly luxurious watch on the road. After Zico misplaced the guess, he handed his watch over to Lee Soo Geun on digital camera—although he later revealed that Lee Soo Geun returned it instantly after filming.

At the start of the newly launched clip, Lee Soo Geun makes everybody crack up by telling Zico, “When your fans see me, the first thing they do is look at my wrist [to check for your watch]!”

Zico and Yeji then seem to go up in opposition to one another in an impromptu rap battle, with Yeji coolly rapping her iconic line from “DALLA DALLA,” however Zico unexpectedly stumbles over his phrases and winds up having to surrender mid-rap.

When Yuna publicizes that she’s now 20 years previous (by Korean reckoning), the “Knowing Bros” forged asks if she’s tried her first sip of beer but, and he or she replies cutely, “I have.”

After the ITZY members carry out a canopy of Zico’s “Artist,” the company share humorous tales and showcase their dancing expertise along with the forged. Later on, whereas enjoying varied video games, the ITZY members additionally dance to (G)I-DLE‘s smash hit “TOMBOY” and tackle the “Any Song” problem along with Zico.

The subsequent episode of “Knowing Bros” will air on August 6 at 8:40 p.m. KST. In the meantime, take a look at the brand new preview beneath!