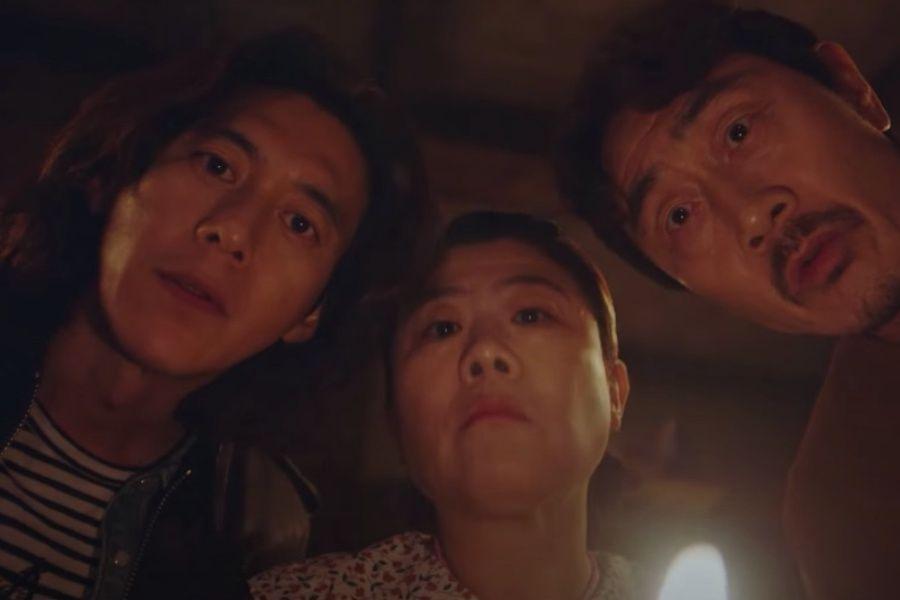 The second teaser for “Missing: The Other Side 2” has lastly been launched!

“Missing: The Other Side” is a thriller fantasy drama a few village inhabited by the souls of people that went lacking whereas they have been alive. After two years, the collection is returning for a second season with Go Soo, Heo Joon Ho, Ahn So Hee, and extra reprising their roles.

The teaser opens on a shot of Kim Wook (Go Soo) and Jang Pan Seok (Heo Joon Ho) staring intently at one thing, and their foreheads are beaded with sweat as their faces are illuminated by the flickering candlelight. They converse cryptically to at least one one other, with Kim Wook asking, “Do you see it?” and Jang Pan Seok replying, “No.” The two shuttle, with Kim Wook insisting that one thing have to be there and Jang Pan Seok refuting. Eventually, Kang Eun Sil (Lee Jung Eun) comes up behind them, takes one take a look at no matter it’s the two males are scrutinizing, and simply factors out, “It’s right here.”

To everybody’s shock, the factor Kim Wook and Jang Pan Seok are agonizing over is merely a hidden image puzzle, however there’s something odd about this specific puzzle. The teaser ends with a shot of a grocery store that eerily resembles the one within the drawing, leaving viewers to surprise what the that means behind this might presumably be. But the tense ambiance is shortly damaged, with Kang Eun Sil exclaiming, “This is fun. Let’s do another one!”

The second season of “Missing: The Other Side” will premiere on December 19 at 8:50 p.m. KST! Watch one other teaser here.

In the meantime, begin watching Season 1 with subtitles beneath: