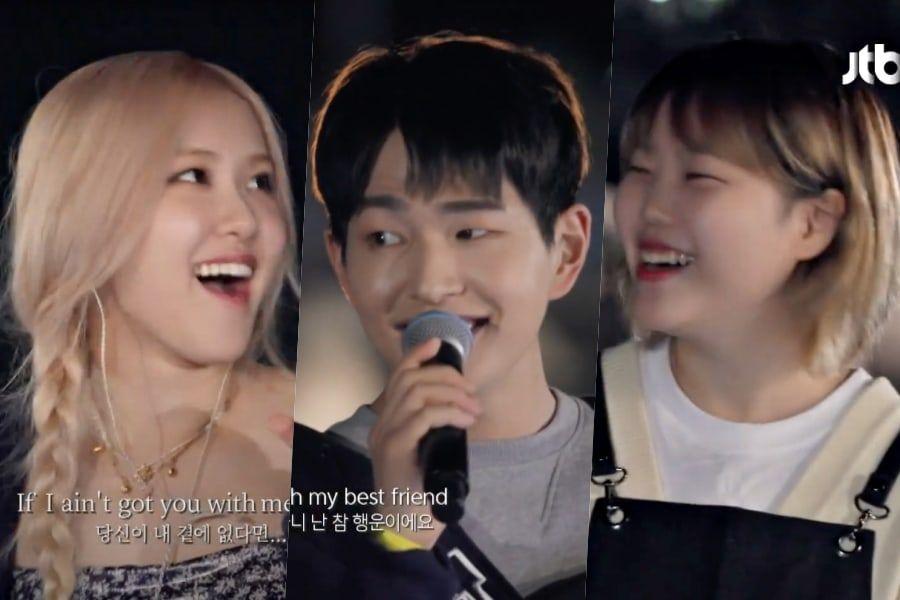 BLACKPINK’s Rosé joined forces with SHINee’s Onew and AKMU’s Lee Suhyun for some beautiful covers on JTBC’s “Sea of Hope”!

“Sea of Hope” is a brand new selection program wherein celebrities carry out music and put together home made dishes for visitors at their very own seaside bar. The star-studded forged contains Lee Dong Wook, Kim Go Eun, Lee Ji Ah, Onew, Lee Suhyun, and Yoon Jong Shin, whereas Rosé has been showing on the present as a particular “part-timer.”

On the July 27 episode of the present, Rosé and Onew serenaded their prospects along with a shocking duet, teaming up for a canopy of Jason Mraz and Colbie Caillat’s 2009 hit “Lucky.”

Rosé praised Onew’s singing by remarking, “I think [Onew’s] vocal tone is really incredible. His vocals are like honey. He has such a pretty tone.”

As for why they’d chosen to sing “Lucky,” Rosé defined, “This is a song I listened to a lot on the radio back when I was in school, and I chose it because I thought it was a song that was well-suited to the night sea.”

Rosé additionally spontaneously teamed up with Lee Suhyun and Onew for a soulful cowl of Alicia Keys’s iconic 2003 ballad “If I Ain’t Got You.”

Rosé beforehand lined John Mayer’s “Slow Dancing in a Burning Room” with Onew, Lee Suhyun, and Yoon Jong Shin’s assistance on “Sea of Hope,” which caught the American singer’s eye and even prompted him to ship her a guitar as a present.

Watch Onew in his drama “Descendants of the Sun” with subtitles beneath!