Home KOREAN TRENDING Watch: ATEEZ’s San And Jessi Dance To “What Type Of X” Together... 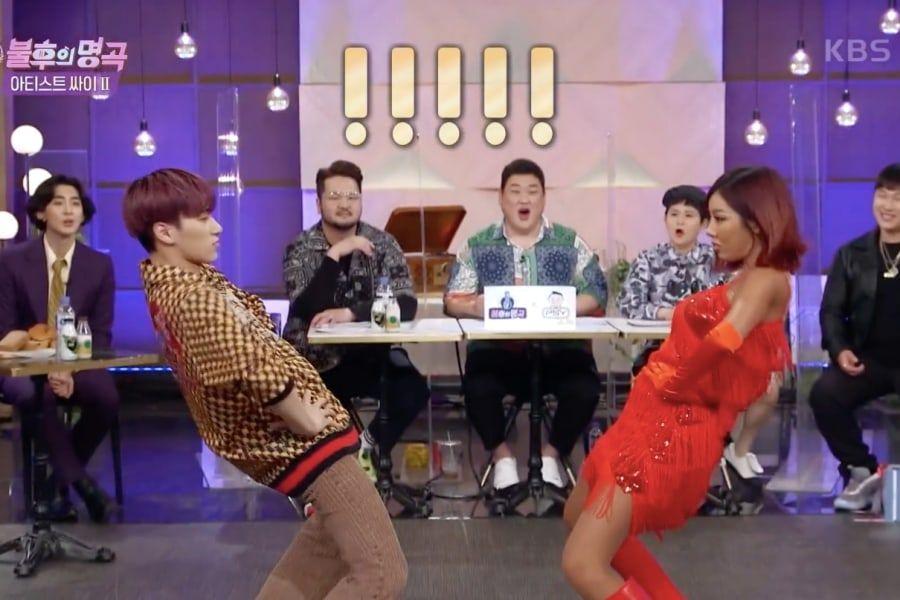 On May 29, the favored singing competitors program aired its second episode devoted to PSY. Although ATEEZ and Jessi carried out on last’s week show—the place ATEEZ in the end took the ultimate win, marking their third time profitable “Immortal Songs” in lower than a 12 months—each artists caught round for this week’s episode to help and react to the second lineup of performances.

At one level in the course of the present, host Kim Shin Young introduced up the truth that San had taken on Jessi’s “What Type of X” problem earlier this 12 months. Jessi responded by exclaiming, “I saw that! He was so good. He was even better than me.”

Kim Shin Young went on, “He said he wanted to do the challenge together with Jessi.” After Jessi agreed, she and San took the stage to bop the choreography to “What Type of X” collectively—and the MCs and different visitors reacted with impressed cheers as they marveled at their dancing abilities.

After the efficiency, San gallantly helped Jessi—who was sporting excessive heels—get again up, and Jessi jokingly remarked, “I think my knees are going to break. My hamstring…”

She went on so as to add, “I saw San’s challenge before, and I was so grateful to him [for doing it], really.” San replied, “It’s such an honor [to dance with you]!”

Check out the clip of San and Jessi dancing collectively under!