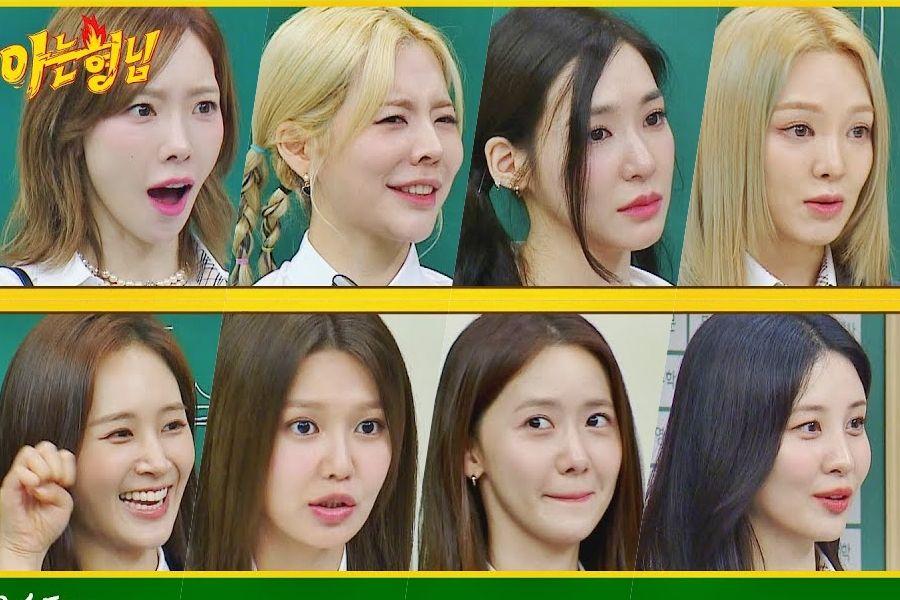 Girls’ Generation isn’t holding again on the subsequent episode of JTBC’s “Knowing Bros” (often known as “Ask Us Anything”)!

On August 6, the favored selection present aired a sneak peek of its upcoming episode, which can function all eight members of Girls’ Generation as friends.

As the Girls’ Generation members proceed to fireplace savage remarks on the solid, Heechul jokes, “They’ve become too fierce.”

However, it isn’t simply the “Knowing Bros” solid at which Girls’ Generation takes intention—additionally they go after their very own bandmates, cracking everybody up with their behind-the-scenes tales and their hilarious impressions of each other.

When it’s time to disclose Girls’ Generation’s selections for his or her companions, Seo Jang Hoon proves unexpectedly fashionable, main Heechul to ask in shock, “Why?!” and Seohyun to exclaim, “This makes no sense.” Sunny then complains, “I want to change my pick!” and Hyoyeon chimes in, “Can’t I change [my choice of partner] now?”

The preview ends with the group performing their brand-new title observe “FOREVER 1.”

Girls’ Generation’s episode of “Knowing Bros” will air on August 13 at 8:40 p.m. KST. In the meantime, try the enjoyable new preview beneath!