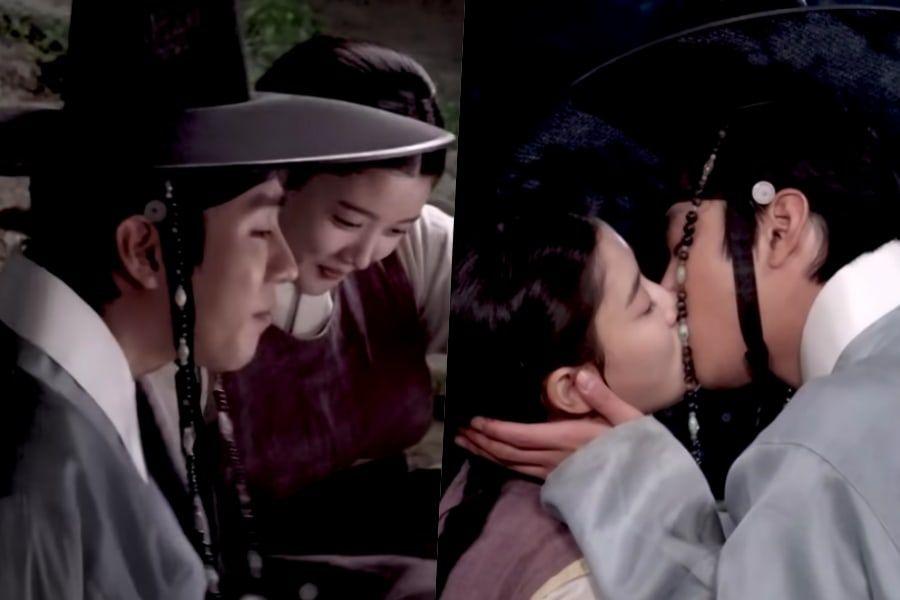 SBS’s “Lovers of the Red Sky” revealed a behind-the-scenes video of the kiss scene between Ahn Hyo Seop and Kim Yoo Jung!

Ahn Hyo Seop and director coordinate the timing of his actions for the scene, and as soon as the cameras begin rolling, Ahn Hyo Seop and Kim Yoo Jung get into character and ship their strains. When they lean in for the kiss, they lose their steadiness as a result of incline of the floor they’re sitting on. Ahn Hyo Seop says, “Ah, it’s too far away,” as he falls onto the bottom, and Kim Yoo Jung tells him to watch out.

They attempt the kiss once more, however Ahn Hyo Seop slowly slides down the slope, which makes Kim Yoo Jung giggle and ask the place he’s going.

Next, Ahn Hyo Seop is tricked into considering he’s doing an interview, when in actuality the actors are making ready a shock party for him. While he solutions the interview query, Kim Yoo Jung slowly approaches from the again with a cake. She begins singing completely satisfied birthday as quickly as he finishes his reply, and Ahn Hyo Seop turns round in shock. Ahn Hyo Seop reveals it’s his first time receiving a birthday cake on set, they usually take a photograph collectively in celebration. 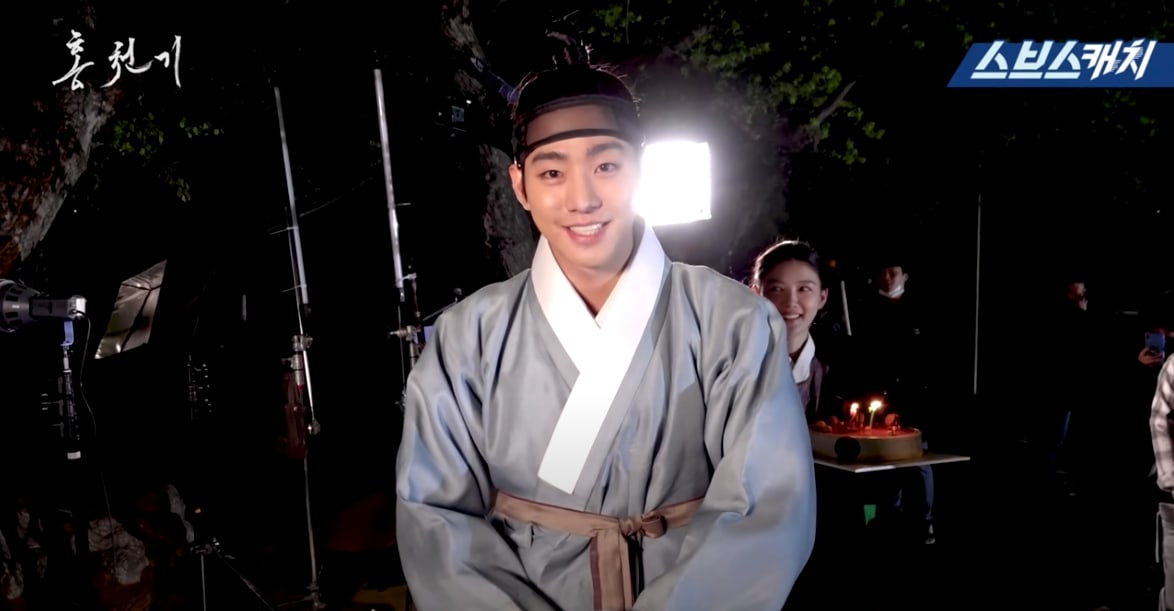 Kim Yoo Jung and Ahn Hyo Seop are again to filming the kiss scene, this time from a distinct angle. Ahn Hyo Seop’s hat hits Kim Yoo Jung on the brow on the primary attempt, and the beaded string on the hat will get in the way in which on the second attempt. The director provides them extra detailed directions, they usually lastly full the kiss scene.