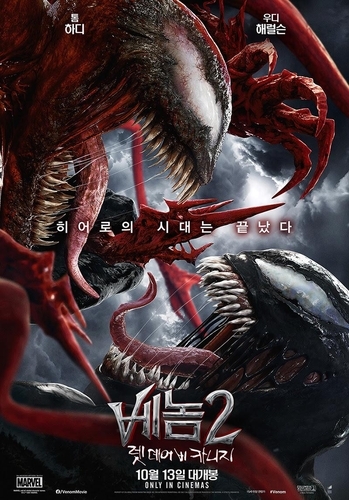 The sequel to 2018’s “Venom” topped the every day box-office chart by promoting 203,263 tickets on the primary day of its release Wednesday, based on information from the Korean Film Council (KOFIC).

For comparability, “Black Widow,” the most-watched overseas movie for this 12 months up to now, attracted about 195,000 moviegoers on its opening day in July.

Still, “F9: The Fast Saga,” the most recent movie within the “Fast and Furious” collection, has the perfect post-pandemic opening day report within the nation with 400,000. The film opened throughout the Buddha’s Birthday vacation in May this 12 months.