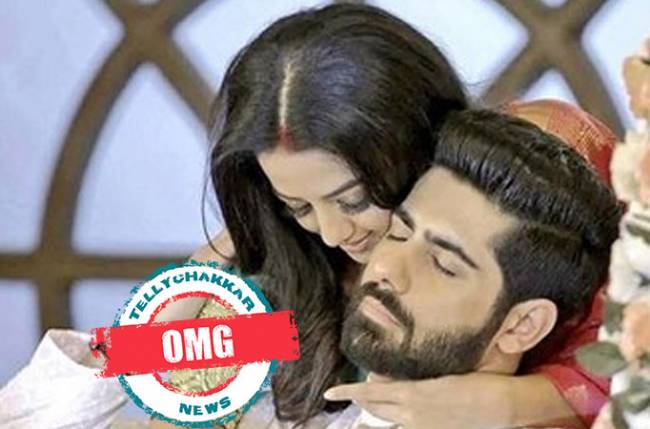 Follow us on Google news to get the best breaking news

MUMBAI: Rrahul Sudhir has become the hottest topic of discussion ever since he is seen in Colors’ thriller-romantic series Ishq Mein Marjawan 2. The actor is seen as Vansh Rai Singhania. The show has been garnering a great response from the viewers ever since the beginning for its engaging storyline.

The actor who was initially seen in a complete negative avatar has changed as the show’s story progressed. Also, his fresh pairing with Helly Shah has worked wonders.

A lot of pictures and videos from the set are always doing the rounds of social media where we see how the actors have fun time in-between the shots.

Helly Shah is currently seen in the show essaying the lead role of Ridhima. The actress is winning several accolades for her stellar performance in the romantic-thriller.

Ishq Mein Marjawan 2 has been garnering several praises for its intriguing storyline and the twists and turns to leave the viewers at the edge of the seat.

Helly Shah who has a popular youtube channel too is quite active on her social media handle and keeps giving her fans insights on her private life.

The actress enjoys a massive fan following of 2.6 Million followers on her Instagram handle. Recently we stumbled upon a selfie posted by the actress, and its simply breathtaking, check it out:

Helly Shah hit the right chords when it comes to her selfie-games. We love how the actress experiments with her look off- the camera.

Apart from the actress’s breathtaking picture, what caught our attention was her co-star Rrahul Sudhir’s comment on her picture.

Rrahul took a funny jibe at the actress when he commented, ‘ Who is shooting if you are on Instagram’. The actor was bang-on with his comment and it instantly became a hit with the duo’s fans.

Well, these kind of funny jibes and leg-pulling show the comfort and frankness between co-stars and it is well evident on-camera too.

What are your thoughts on Helly’s pictures?

Stay tuned to this space to know more

Disha Parmar Shares Her Stressbuster Amid Crisis: “Put On Some Lipstick…”

Exclusive! Manoj Bajpayee On The Family Man 2: “Vada Pav Has To Go Somewhere Else This Time”

Ravi Dubey reveals glimpse of wall of affection with Sargun Mehta, watch inside video of their home