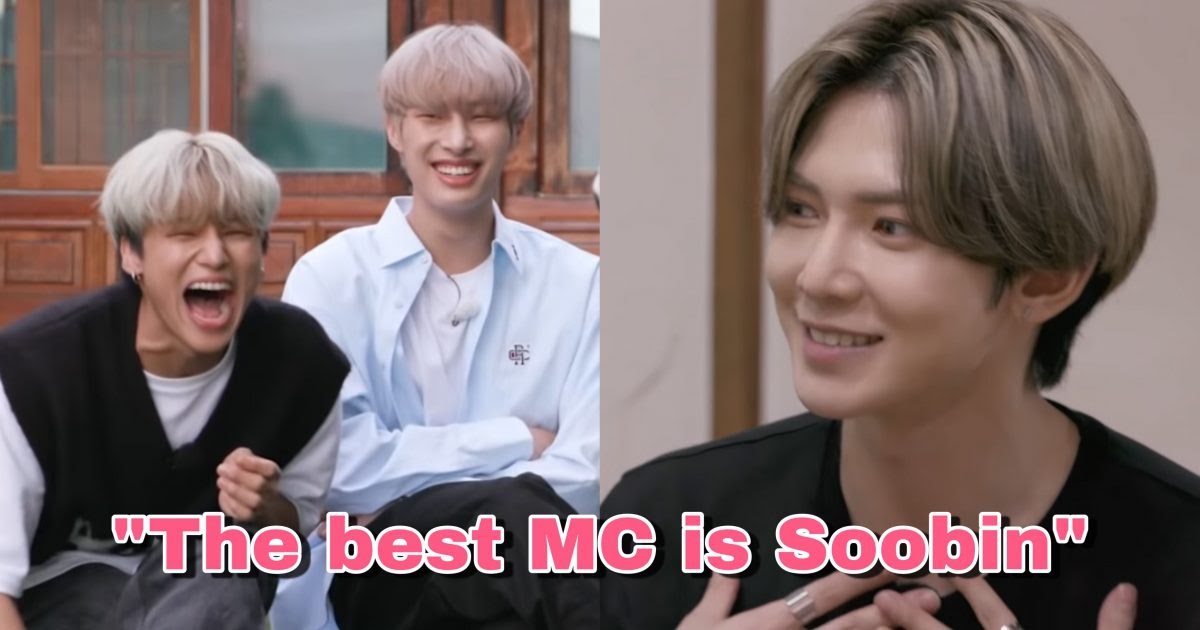 ATEEZ and TXT have the cutest friendship they usually have proved it a number of occasions! From mentioning one another throughout stay broadcasts to displaying one another infinite assist, it’s clear the 2 teams are shut.

More not too long ago, ATEEZ gave a cute little shoutout to TXT’s chief Soobin all whereas teasing their member Yeosang.

It was throughout a current episode of ATEEZ’s Idol Human Theater, it was talked about how Mingi as soon as said that they’re the sons of KBS as they’ve participated in a number of works with the community.

It was then that the member’s teased Yeosang as he has shut ties with a unique community, SBS. For those that could not know, Yeosang was an MC on SBS’s music program The Show.

After it was talked about how Yeosang is definitely a son of SBS, Wooyoung made the humorous remark, “The best MC is Soobin.” Soobin is at present an MC on KBS’s Music Bank alongside Oh My Girls‘ Arin (recognized collectively as AKONG). San added in, “The best MC is AKONG.”

Soobin is attractively tall and good-looking. He sings and dances rather well too!

Of course, the members are merely teasing Yeosang and Wooyoung commented, “I am joking Yeosang.” In response, Yeosang sweetly shared, “I love all MCs.”

During the member’s interview portion of the present, a employees member requested as soon as once more, “Is AKONG the best MC?” San jokingly responded AKONG is the perfect” whereas Jongho innocently saved issues candy and shared, “I don’t want to fight.”