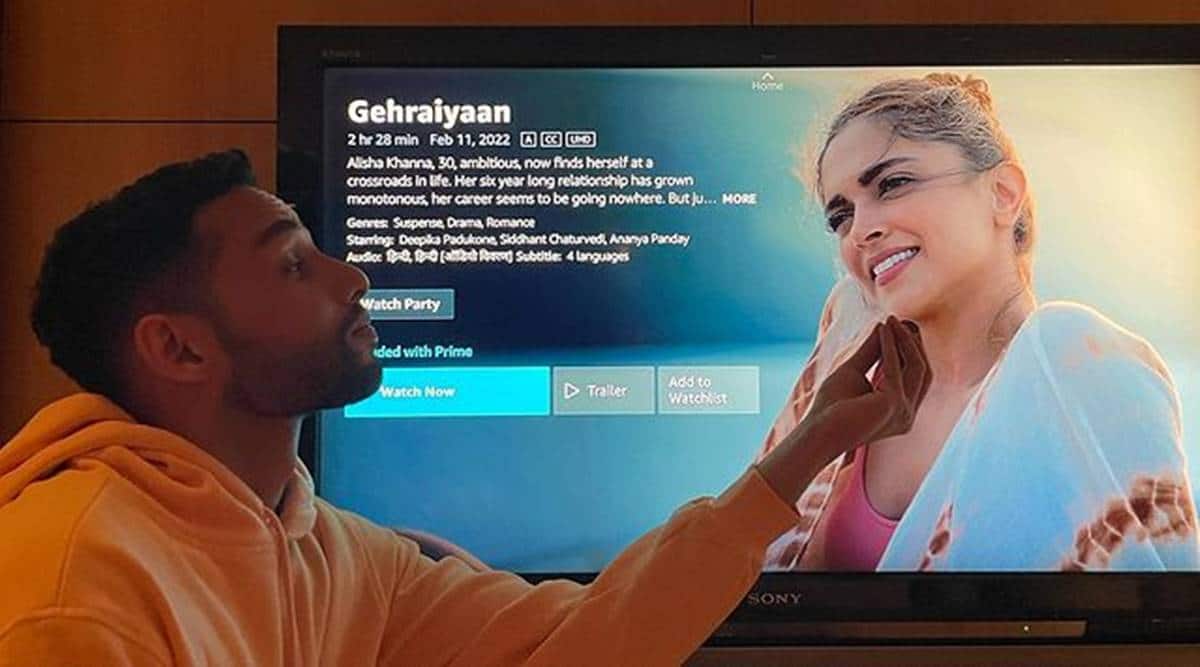 Actor Siddhant Chaturvedi, together with the group of Gehraiyaan, not too long ago visited The Kapil Sharma Show to advertise the movie. In the episode, which additionally featured Deepika Padukone, Ananya Panday, Shakun Batra and Dhairya Karwa, Siddhant opened up about his uncle’s hilarious response to the movie’s trailer. “When the trailer came out, my parents received a call from my uncle. He asked them in Bhojpuri about how actors perform kissing scenes and if they have a mirror separating them,” the actor mentioned. He recalled that his uncle requested his father, “‘Ek baat batao, sparsh hua hai ya sheesha rakha gaya hai?’ and my papa was like, ‘Iska kya jawab dun,’” The episode left Kapil and the entire Gehraiyaan group in splits.

Earlier in an interview, Siddhant had open up about his father’s reaction to Gehraiyaan. Siddhant instructed ET Times that his father gave his detailed opinion on the movie after attending a particular screening. “‘Yeh film samaaj ka darpan hai. Ismay kuch sahi galat nahi hai (It holds a mirror to the society). Koi message nahi de rahe hai hum (It’s not giving any message.) The world has changed and these kinds of stories exist,” he mentioned.

Gehraiyaan launched on Amazon Prime Video on February 11 to combined opinions. Deepika’s husband, Ranveer Singh, shared a photograph of himself with Deepika and opened up about his response to the movie. “Transcendent, superlative and sublime! What an absolute masterclass of a performance, baby! Such fine, nuanced and heartfelt artistry! … at your consummate and peerless best in this one! You make me so proud!” he wrote.

Earlier, in an interplay with indianexpress.com, Deepika had spoken about how Ranveer mentioned that her efficiency in Gehraiyaan was extra intense than the one she delivered in Tamasha. Gehraiyaan marked Deepika’s first venture with Shakun and Siddhant.