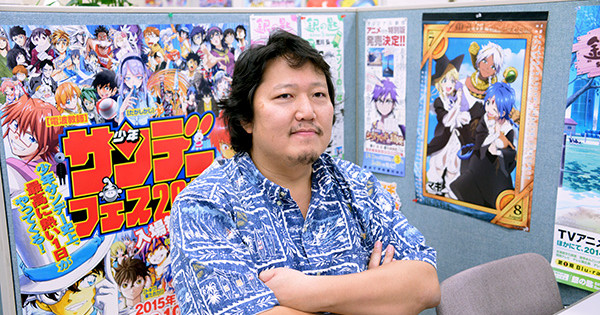 Takenori Ichihara introduced on Wednesday that he has stepped down as editor-in-chief of Shogakukan‘s Weekly Shonen Sunday journal after six years and three months. He became editor-in-chief in 2015. Kazunori Ohshima would be the new editor-in-chief.

Ichihara acknowledged on Twitter that the journal had been in an unprecedented disaster, however “dramatically improved business performance” throughout his tenure, and he’s passing it on to the subsequent era.

Ichihara personally made selections on manga content material, from debut one-shots from new abilities to new collection from veteran writers, primarily based on his preferences and aesthetic. As such, he mentioned he would take full accountability for the destiny of the journal. Ichihara thought-about fostering the expertise of recent manga artists the journal’s largest precedence. His imaginative and prescient for the journal included skilled writers for a mixture of new and previous.

Ichihara says he was primarily a Shonen Sunday fan as a child.

Weekly Shonen Sunday first launched in March 1959. Like Shueisha‘s Weekly Shonen Jump and Kodansha‘s Weekly Shōnen Magazine, the journal’s circulation had dropped in recent times, falling under 600,000 in July-September 2011 and under 400,000 within the first quarter of 2015.

The journal has serialized such manga as Detective Conan, Inuyasha, Major, and Komi Can’t Communicate.