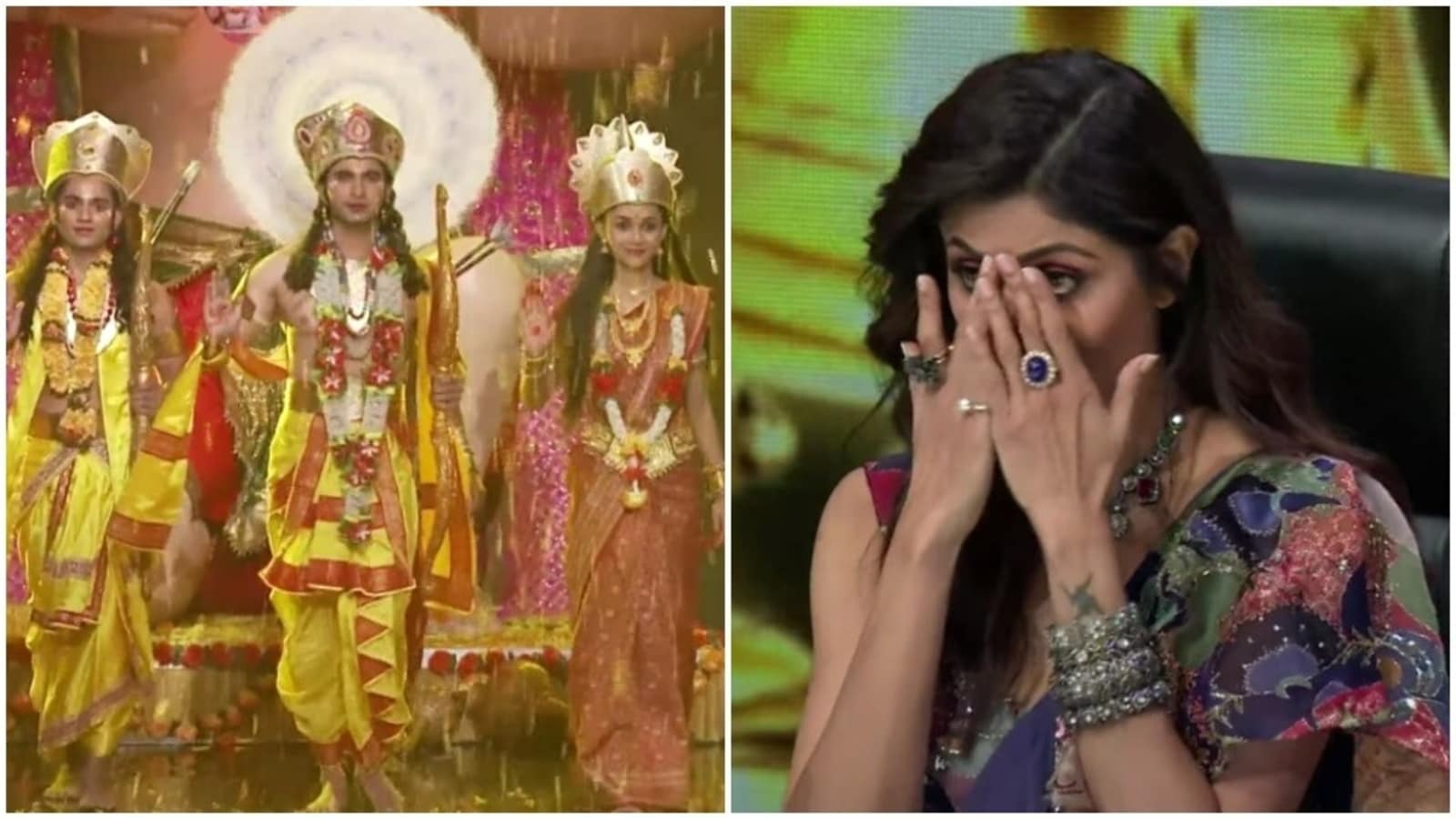 Shilpa Shetty acquired emotional after watching a Ramayan-inspired efficiency within the Holi particular episode of India’s Got Talent Season 9. Govinda and Karisma Kapoor, who will seem as friends, have been additionally seen applauding after watching the efficiency by Crazy Hoppers. In a brand new promo of the present, because of be aired this Saturday and Sunday, all of the judges have been seen getting up from their seats to pay a standing ovation to the dancing group. Also Read: Govinda, Karisma Kapoor dance to their hit song UP Wala Thumka on India’s Got Talent, fans say ‘purane din yaad aa gaye’

The promo clip was shared by Sony Entertainment on Instagram on Thursday with the caption, “Holi Special Episode mein #CrazyHoppersGotTalent ke adbhut performance ne kar diya humare guests @govinda_herono1 & @therealkarismakapoor ko nishabd!” In the clip, Shilpa was heard saying “wow,” “oh my god” and “waah-waah” because the group carried out. The actor was seen with tears in her eyes after the efficiency ended.

Shilpa gave the group a salute to reward their efficiency. “Aap sabko mera hunar salaam (I salute your tale),” she stated as she gestured a salute.

Govinda additionally praised Crazy Hoopers’ efficiency. “Nishabd ho gaya hu mai (I am speechless),” the actor stated. Karisma additionally seemed to be impressed by the act and was seen folding her arms in the direction of them as they carried out. Badshah was seen hitting the desk in pleasure in the course of the act. At the top of the clip, Karisma, Govinda, Shilpa, Badshah, and different judges–Kirron Kher, and Manoj Muntrashir have been seen giving a standing ovation to the performers.

Earlier promos of the episode confirmed Govinda and Karisma dancing on the stage to their iconic tune UP Wala Thumka from their 1997 film Hero No. 1 upon the request of a contestant. Another promo confirmed Govinda becoming a member of the contestants from Bomb Fire Crew on the stage and dancing on Prem Jaal, a tune from the 2000 movie Jis Desh Mein Ganga Rehta Hain that was picturised on him and Sonali Bendre.