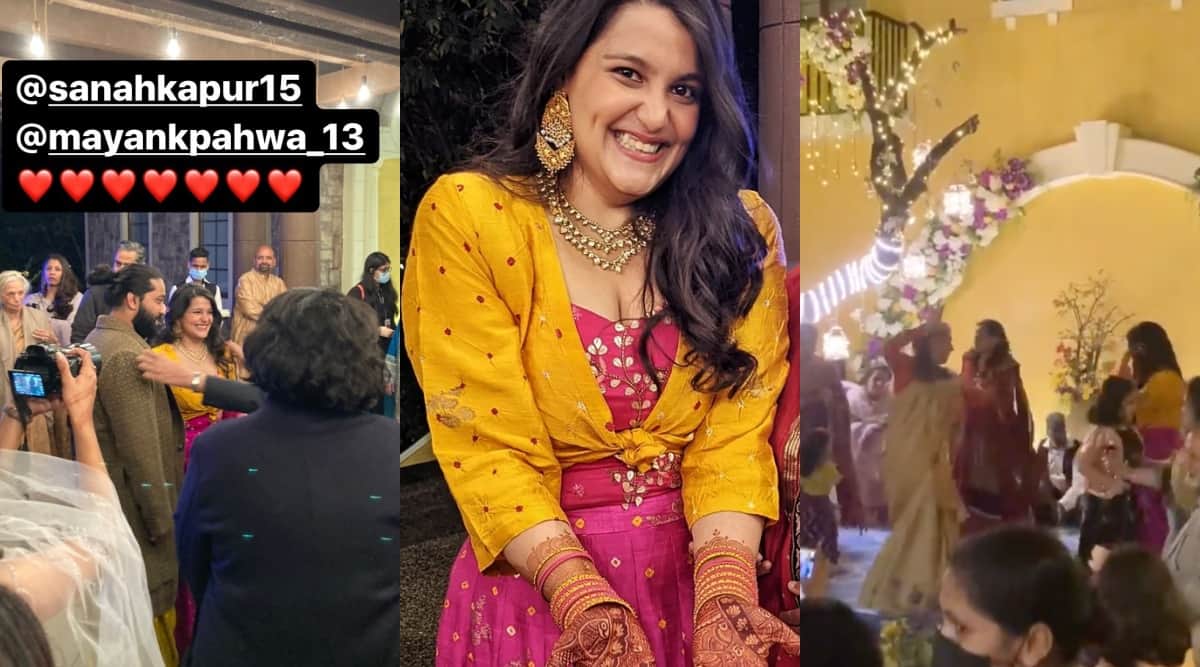 Supriya Pathak and Pankaj Kapur’s daughter Sanah Kapur is all set to get married to Mayank Pahwa, son of actors Seema Pahwa and Manoj Pahwa. While the marriage will happen in Mahabaleshwar on Wednesday, the couple had their Haldi and Mehendi ceremony on Tuesday.

Actor Vivaan Shah, who has starred in movies like Happy New Year and Bombay Velvet, shared a video from Mayank and his cousin Sanah’s pre-wedding celebration. In the video, the soon-to-be bride and groom are being welcomed on the Dhol beats. Dressed in a pink conventional outfit, Sanah is seen waving on the friends at her marriage ceremony operate and Mayank stand beside her whereas holding her hand.

Sanah’s mehendi artist additionally posted a photograph of herself with the actor and wrote, “At @sanahkapur15 ‘s mehendi ceremony 🤗❤️”. Sanah looked elated as she smiled ear to ear in the picture. Supriya Pathak and her actor-sister Ratna Pathak danced to the song “Mathe Te Chamkan” at the Mehendi ceremony while Pankaj Kapur watched them. Mira Kapoor also shared a series of photos of herself as she decked up for Sanah’s mehendi operate.

Sanah Kapur made her Bollywood debut along with her father Pankaj Kapur and half-brother Shahid Kapoor in Vikas Bahl’s 2015 movie Shandaar. It additionally featured Alia Bhatt within the lead function.

The information of Sanah’s marriage ceremony was confirmed by her father Pankaj Kapur to Bombay Times. According to the publication, Sanah and Mayank have identified one another for a very long time now. The two obtained engaged some time in the past.