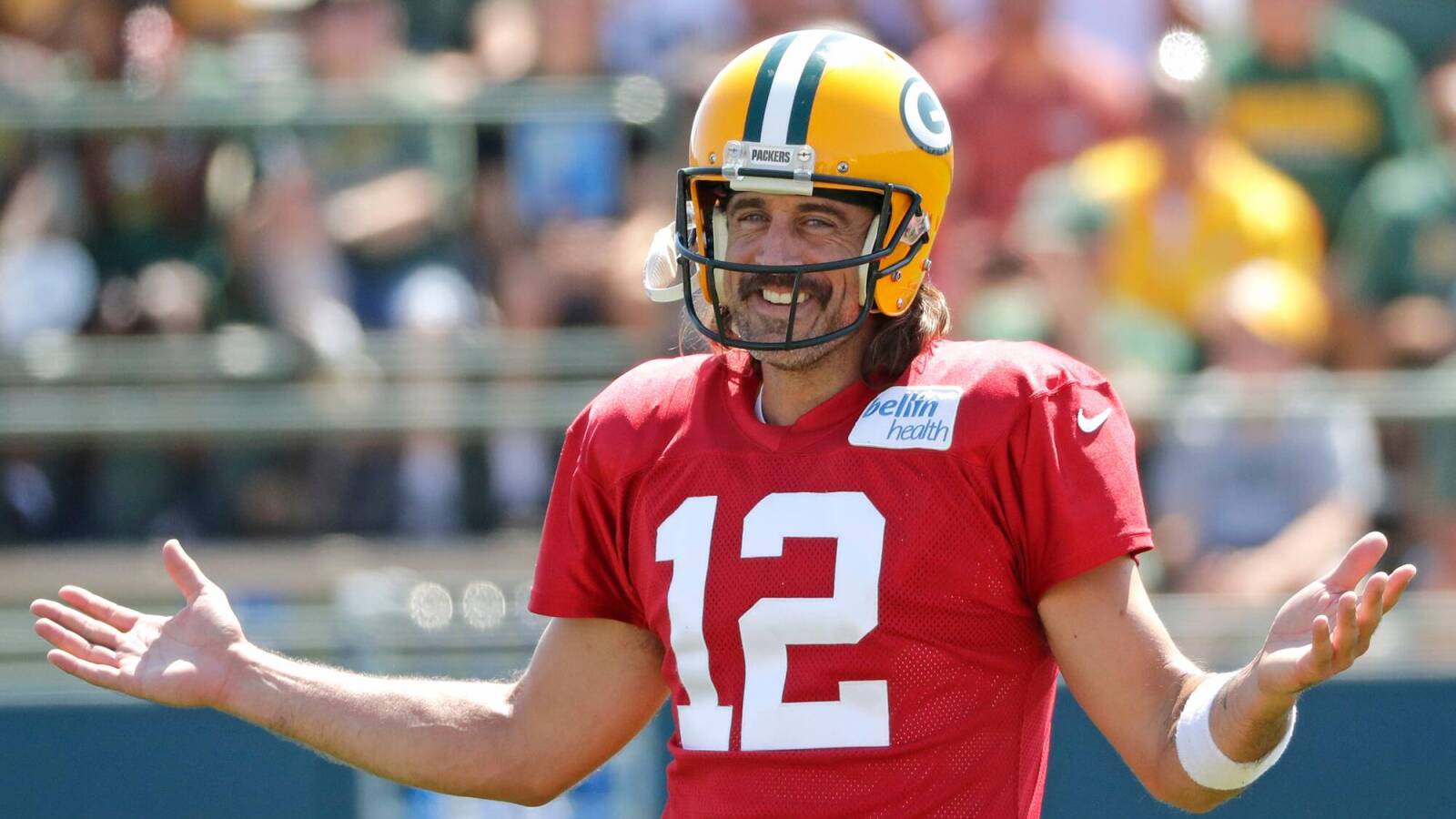 Green Bay Packers quarterback Aaron Rodgers blasted his group of younger receivers on Tuesday, calling them out for “a lot of drops, a lot of bad route decisions” and “running the wrong route,” amongst different issues. On Wednesday, the long run Hall-of-Famer hashed issues out with the group.

“A day after Rodgers expressed his frustration with the group, they were instructed to report to the quarterback meeting room at 8:45 a.m. on Wednesday. When they arrived, they found all three quarterbacks plus the key members of the offensive coaching staff who work directly on the passing game in the room. Rodgers did not call the meeting, but he spoke extensively during it, according to several participants,” ESPN’s Rob Demovsky wrote.

“‘It was just really giving us advice,” rookie wideout Samori Toure mentioned. “Basically, letting us know that the Green Bay receiving corps has always been held to a super-high standard. All the legends who have been through here. It’s just about us carrying on that standard and stepping up.”

According to Demovsky, Samori Toure went on to have “perhaps his best practice of camp” on Wednesday, hauling in a 50-yard landing heave from Jordan Love and likewise grabbing a two-point conversion.

“Aaron spoke to us about what he likes or what not just based on concepts or what he sees,” rookie large receiver Romeo Doubs mentioned.

Lazard, who is predicted to begin the season as Rodgers’ primary goal, set profession highs in targets (60), receptions (40), receiving yards (513) and receiving touchdowns (8) throughout the 2021 season.