Home MORE COMICS PREVIEW: Take a primary have a look at Asaf Hanuka’s newest THE... 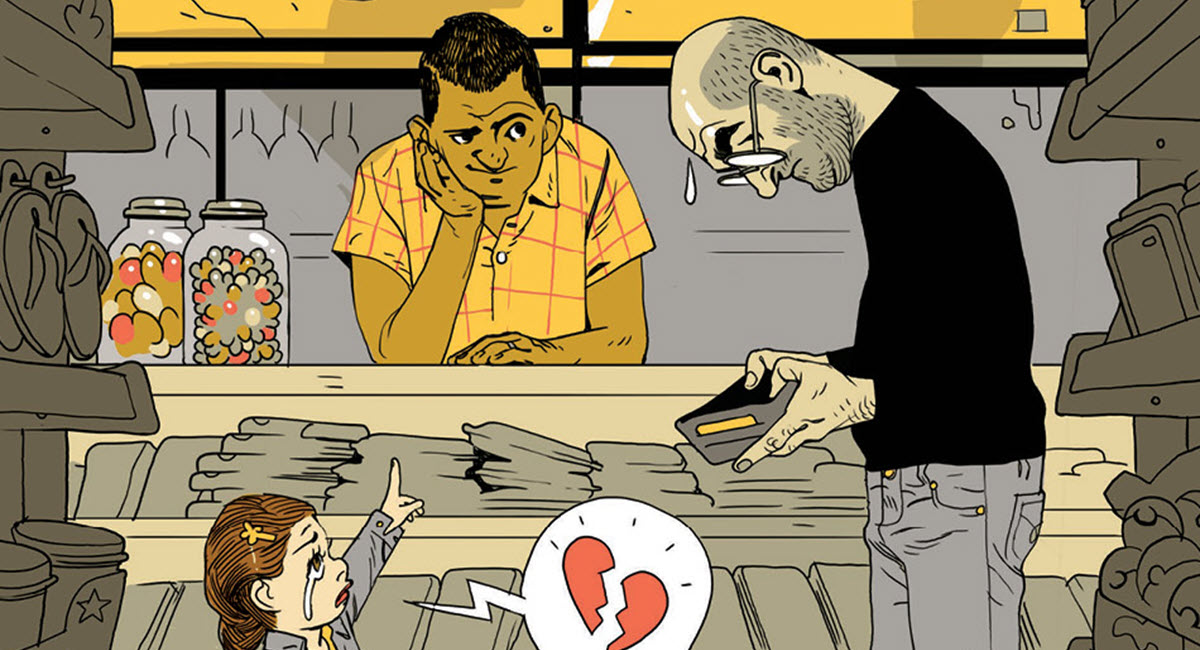 This summer time BOOM! Studios will release The Realist: Last Day on Earth. The third assortment of award-winning cartoonist Asaf Hanuka‘s autobiographical comic strips comes from the publisher’s Archaia imprint, with translation from Hebrew by Yardenne Greenspan and lettering by AndWorld Design. Today The Beat is proud to current an unique early have a look at a collection of one-page strips from the gathering.

Here’s how BOOM! describes The Realist: Last Day on Earth:

Through scenes each actual and imagined, the acclaimed Israeli cartoonist examines the thrill (and pitfalls) of parenting in a politically divisive world and the continued wrestle to manifest artwork at the same time as actual life humor and pathos retains getting in the way in which.

The internationally acclaimed and Hugo Award-nominated cartoonist’s superbly drawn tales about self, household, society, and every little thing in between conjure a deeply wealthy and unforgettable studying expertise.

Archaia’s first assortment of Asaf Hanuka’s weekly The Realist was launched in 2015, with a second quantity, The Realist: Plug and Play launched in 2017. In an interview with The Beat Editor-in-Chief Heidi MacDonald again when the second guide was launched, Hanuka described the nervousness that comes with creating work primarily based on his personal life:

I’m all the time anxious earlier than sending a brand new web page to print. I worry it is going to be misunderstood or would possibly make somebody indignant or simply make folks suppose I suck. however the worst instances are after I don’t have any doubts. Usually it means the work will not be actually attention-grabbing and I didn’t take any dangers. I suppose that good artwork features a threat, in my case the chance is revealing as a result of I do auto-biography. And typically I do reveal an excessive amount of. I discovered to stay with it. It’s a grimy work however somebody has to do it.

Check out the seven-page preview of The Realist: Last Day on Earth beneath. The 128-page hardcover assortment is due out in bookstores on Tuesday, June twenty first, and in comedian outlets on Wednesday, June twenty second.

GRAPHIC NOVEL REVIEWS: What’s up with WHY DON’T YOU LOVE ME?