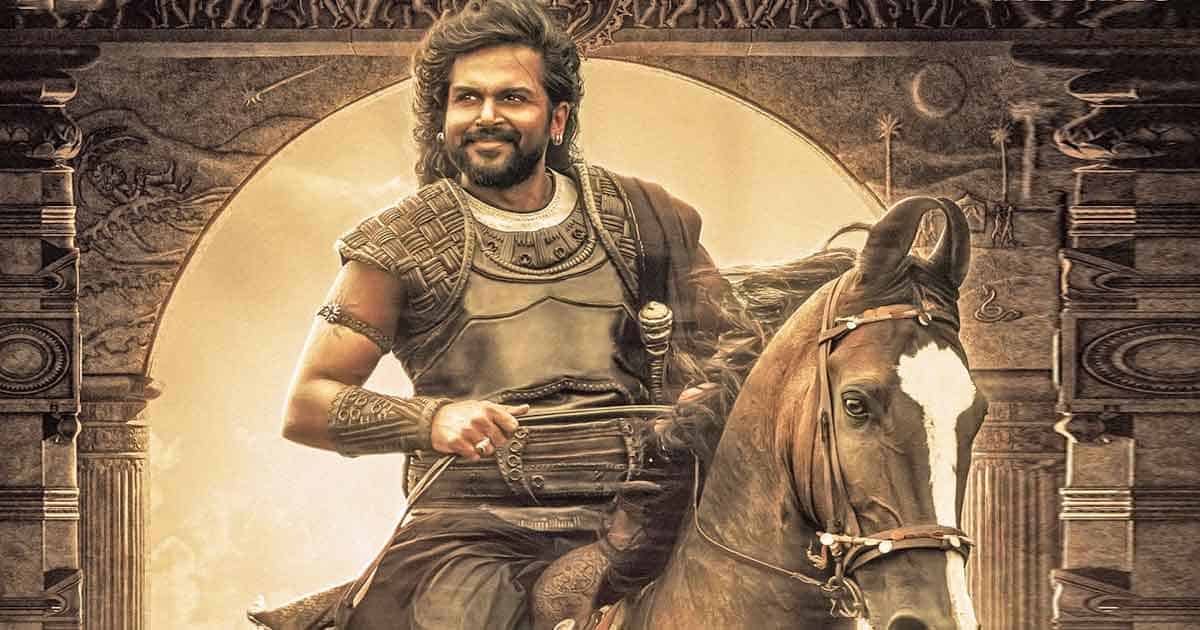 Actor Karthi, who has performed the pivotal character of Vanthiyathevan in director Mani Ratnam’s simply launched magnum opus, ‘Ponniyin Selvan 1’, has expressed his gratitude to all these accountable for creating such a movie and informed followers that their love was “overwhelming”.

The actor, who put out an announcement which he shared on his Twitter timeline, mentioned: “Words can not categorical the immense gratitude I really feel for this expertise and sumptuous journey as Vanthiyethevan.

“First and foremost a big salute and all respects to Amarar Kalki for creating this magical epic ‘Ponniyin Selvan’ for all of us.”

“A Million thanks to our Mani sir for pursuing it all these years and crafting this unforgettable masterpiece. To Ravivarman sir for being the driving force on sets and giving us never before seen stunning visuals.”

“To our treasure AR Rahman sir for making us ecstatic with his music. To Thota Tharani sir for recreating the golden age…can’t imagine anyone else to justify this responsibility.”

“To Sreekar Prasad sir for bringing out the spirit of Kalki sir’s writing that has been immortalised through the awesome dialogues and one liners penned by Jeyamohan sir.”

“To Eka and Vikram Gaikwad sir for making the phenomenal characters look so real. To Townley, Anand and team for that exhilarating and rich sounds.”

“To all the foot soldiers behind the scenes who were working for their passion for cinema. And the fabulous actors, respectable seniors and my dear colleagues who came together with so much love for one another and for the art of cinema to create this magnum opus.”

“To Siva for making everyday count and to Subashkaran sir for his faith in this entire team.”

Ponniyin Selvan 1 has opened to rave critiques and has already created historical past by grossing a whopping 80 crores+ worldwide on its very first day, thereby rising because the movie with the most important ever opening in Tamil cinema.

Must Read: Rashmika Mandanna Recalls ‘Reading Painful Things’ Over A Kissing Scene With Vijay Deverakonda In Dear Comrade: “I Cried Myself To Bed…”