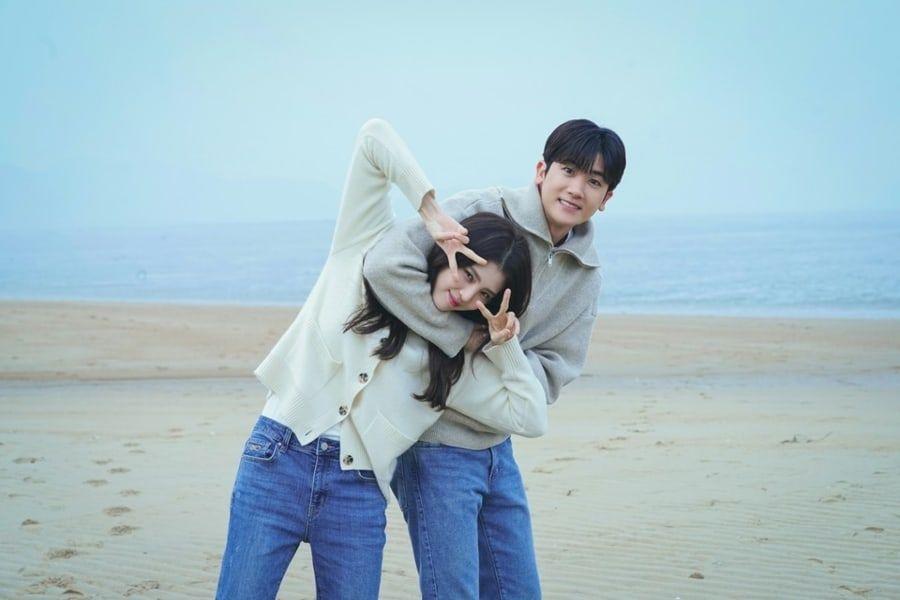 Park Hyung Sik and Han So Hee are boasting radiant chemistry within the upcoming drama “Soundtrack #1”!

Helmed by director Kim Hee Won of “Vincenzo” and “The Crowned Clown,” “Soundtrack #1” is a music romance drama a few man and lady who’ve been buddies for 20 years and wind up residing collectively for 2 weeks.

Park Hyung Sik will star within the drama as Han Sun Woo, a photographer who’s a person of few phrases however has a heat and caring persona. Han So Hee will star as Lee Eun Soo, a enjoyable and trustworthy lyricist who isn’t afraid to talk her thoughts. Although Han Sun Woo has emotions for Lee Eun Soo, he’s hesitant to make a transfer as a result of he doesn’t wish to threat destroying their longtime friendship.

In newly launched stills from the upcoming drama, Han Sun Woo and Lee Eun Soo are on the seaside. The two pose in opposition to the backdrop of the blue sky and glowing sea. Their relationship that’s one thing between lovers and friendship is depicted by their playful expressions and pure bodily contact. Above all, Park Hyung Sik and Han So Hee present spectacular chemistry as they immerse into their roles.

The producers of “Soundtrack #1” remarked, “Park Hyung Sik and Han So Hee expressed the relationship between the male and female protagonists, who have been best friends for 20 years, with their perfect teamwork and chemistry. This was possible because of the efforts of the two actors who always showed consideration for each other. When they were together on the set, there was nonstop laughter. Please look forward to ‘Soundtrack #1,’ where the chemistry between the two actors will shine.”

“Soundtrack #1” will premiere on March 23 by way of Disney+. Check out a trailer for the drama here!

In the meantime, watch Han So Hee in “100 Days My Prince” with subtitles under: