Home TV Not Vicky Kaushal But Rajkummar Rao Was The First Choice For Masaan,... 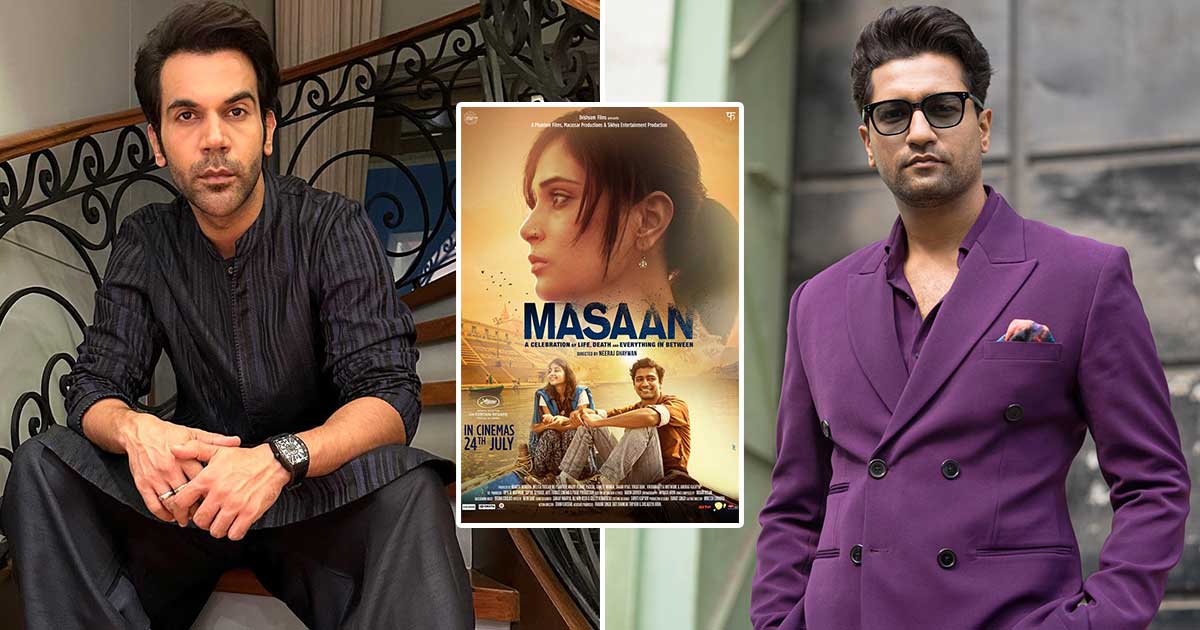 Vicky Kaushal spilled some beans about how he bagged his film ‘Masaan’ and revealed that he was not the primary selection for the movie.

Taking a visit down reminiscence lane, Vicky stated: “This dates again to 2010 after I needed to turn out to be an actor and Neeraj Ghaywan needed to pursue course. We each began our journey collectively as assistant administrators in ‘Gangs of Wasseypur.’

“So, post that I started doing theatre to enhance my acting skills. In 2013, we met again while travelling to Pune and we started talking about life and work.”

Vicky Kaushal stated, “During the dialog, I bought to know that he’s making a movie and is seeking a producer however is fighting it. He then shared that he has made a pilot promo on the movie with Rajkummar Rao. Owing to Masaan’s tight finances, they may not create a mela, however needed to wait to shoot an actual one.

“The mela in Benaras usually happens in the month of October and there were some issues with Raj’s dates so there was a vacancy for that role, and I jumped right into it. After giving auditions, I was finally selected for that role.”

Vicky Kaushal recalled how whereas capturing a scene, he began crying in actuality: “In the scene ‘Yeh dukh kaahe khatam na hota be’, I cried a lot. I was not supposed to cry, but somehow, I ended up crying and wailing.”

“Also, I had to act drunk for the scene, so to make it look natural, I got drunk for the first time in my life. I knew it was an intense scene and I had to give my best.”

The ‘Uri: The Surgical Strike’ actor continued to disclose: “So, the scene ended and in the background, there was a bridge on which a train was leaving, I heard the horn and automatically said ‘tu kisi rail si guzarti hai … main kisi pul sa thartharaata hoon’. After just completing the sentence, I could not hold back my tears.”

“It looked so natural that Neeraj said that we have to keep this scene. After shooting the film, the whole crew left, only Neeraj, Avinash (the DOP), and I were left. We three took a stroll in the ghats of Banaras and Neeraj tells us that he does not want me crying in two scenes and asks if we can shoot the ring-throwing scene again.”

“Luckily, Avinash had his small camera, so we reshot that scene under a lamppost. The best part was that Neeraj used his white shirt as a reflector as there was not enough light. And that’s how the picture was made,” Vicky concluded.

Must Read: Vivek Agnihotri Reacts Strongly At Netizens Trolling Him For Using Y-Category Security During Morning Walk, “If This Stops, I Can Also Live Freely…”