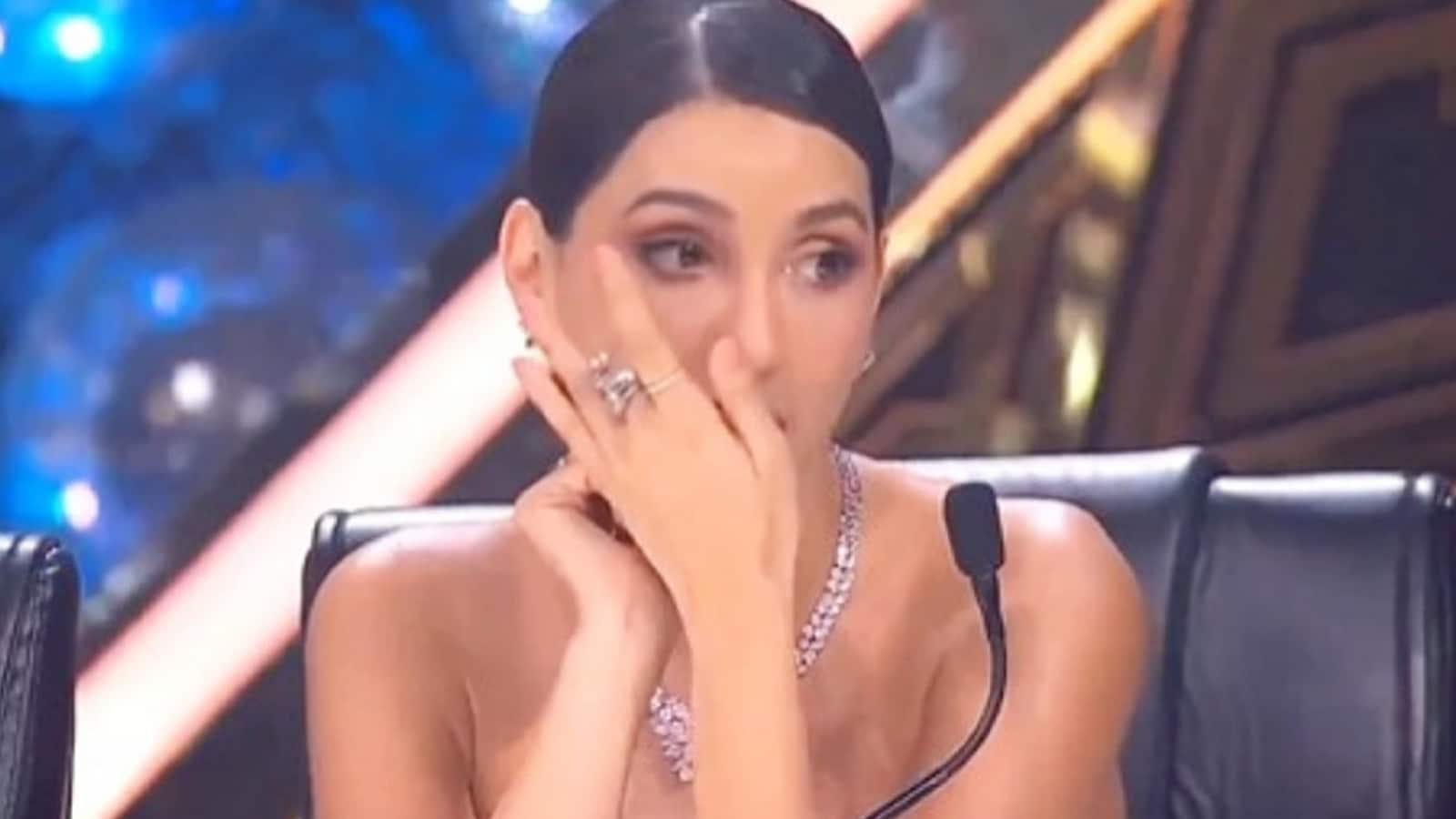 Sriti Jha danced to Nora Fatehi‘s track Pachtaoge on a current episode of Jhalak Dikhhla Jaa 10. The actor’s ‘emotional’ efficiency left Nora teary-eyed. The actor-dancer, who is likely one of the judges on Jhalak Dikhhla Jaa 10, recalled the time when she was taking pictures for the track by Arijit Singh, which was launched in 2019. Also learn: Ayushmann Khurrana, Nora Fatehi’s An Action Hero song Jehda Nash gets mixed response from fans

In a video of Sriti’s dance efficiency on Jhalak Dikhhla Jaa 10 and the judges’ response that was shared on a fan web page on Instagram, Nora stated that she was going by means of an identical private state of affairs in her life, and subsequently she may relate to the track, and used all her feelings throughout the shoot. Pachtaoge is track about heartbreak and remorse. Nora was seen wiping away her tears, whereas Sriti danced on stage.

In the clip, Nora stated in Hindi, “Sriti and Vivek, the performance you gave on my song, I could relate to it. When I filmed this song, I was going through a similar emotional situation, which I was able to use in my performance. This might not be your best performance in terms of dance, but it was emotional…”

Pachtaoge, which was launched in 2019, was sung by Arijit and penned by Jaani with music by B Praak. Apart from Nora, the track featured Vicky Kaushal and Prabh Uppal. The track was a part of the album Jaani Ve and was an enormous success upon its release.