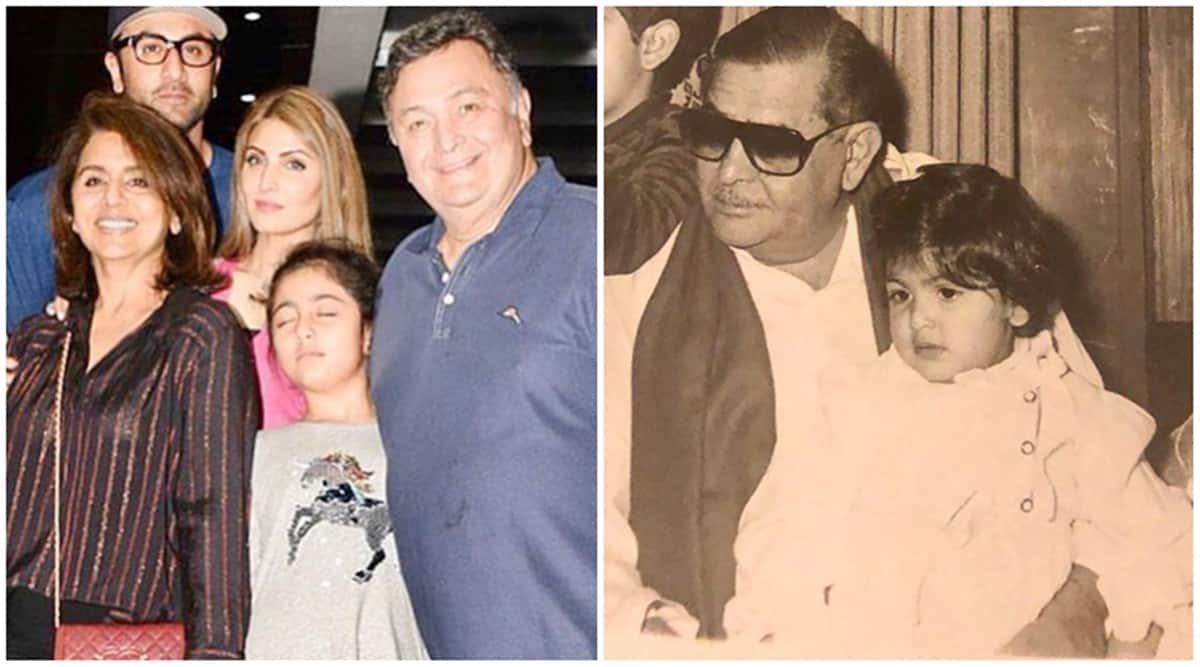 Neetu Kapoor has been fairly lively on her Instagram account. The actor gave her followers a visible deal with as she shared two images on Sunday afternoon. In one of many images, her granddaughter Samara Sahni is seen sitting in Rishi Kapoor’s lap and in one other one, Neetu’s daughter Riddhima Kapoor Sahani and Samara’s mom will be seen in her grandfather, Raj Kapoor’s lap.

Neetu shared the throwback images with the caption, “Grandfather’s loving lap 💕 @riddhimakapoorsahniofficial #circleoflife #comforting #love❤️.” Neetu’s publish is getting love from her followers.

In different information, Ranbir Kapoor’s niece Samara Sahni made her Instagram debut on Saturday and her mother introduced the identical on her Instagram story. Samara shared just a few images of herself and of her household. She additionally shared some previous reels, dubsmash movies on her account.

Samara shared a photograph that includes her mother and father Riddhima and Bharat Sahni together with grandparents Rishi and Neetu Kapoor and uncle Ranbir Kapoor. “I don’t know when this was but I love my family 🤍🤍 @neetu54 @riddhimakapoorsahniofficial,” learn the caption and within the feedback part, Neetu posted, “Awww love you 😍 ❤️.”

This 10-year-old has 10 posts on her account already. Neetu too has repeatedly shared images and movies of this little member of her household.

Riddhima, in her interview shared by Pinkvilla, mentioned that if she would have entered the movie business, she would have been instructed that it was resulting from her title. “Whether you do acting or fashion or anything else, even a star kid has to have to do something in life. People are going to talk irrespective of what you do, the best you can do is do your job and let it do the talking,” Riddhima mentioned.

Rishi Kapoor’s daughter Riddhima Kapoor additionally opened up about nepotism debate within the business and talked about that her cousin Kareena Kapoor Khan and brother Ranbir Kapoor have confirmed with their appearing credentials that they belong in Bollywood.