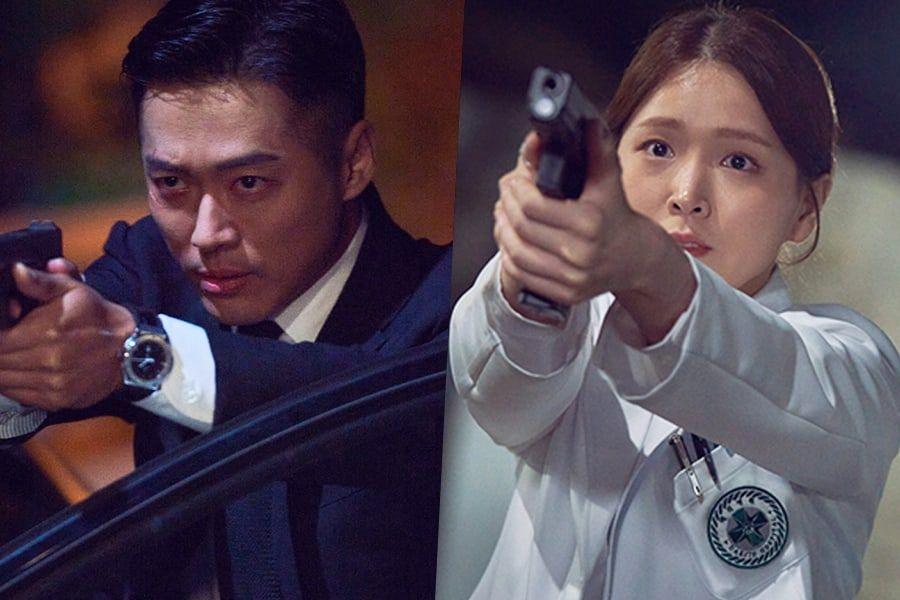 MBC’s “The Veil” has shared a sneak peek of a heart-pounding second!

“The Veil” is a blockbuster motion drama starring Namgoong Min as Han Ji Hyuk, an elite subject agent whose good file and talent at finishing missions make him a legend on the NIS (National Intelligence Service). However, simply when he appeared to have lastly succeeded in driving an organized crime syndicate right into a nook, Han Ji Hyuk abruptly vanishes off the face of the earth following a horrific accident. After dropping his recollections and going lacking for a yr, he makes a daring return to the group to search out the traitor who tried to kill his complete workforce.

Previously, Han Ji Hyuk was arrested on expenses of sniping his colleague Seo Soo Yeon (Park Ha Sun), however he escaped and tried to search out the actual wrongdoer on his personal. In the method, he obtained assist from his companion Yoo Je Yi (Kim Ji Eun). Han Ji Hyuk visited the hospital after listening to that Seo Soo Yeon had regained consciousness, however he fell right into a lure and have become surrounded by NIS brokers. Viewers had been particularly shocked to search out out that Yoo Je Yi had deleted the unique safety footage that was the decisive proof to show his innocence.

In the midst of this unpredictable growth, Han Ji Hyuk and Yoo Je Yi get entangled in a fierce pursuit. The two intention their weapons at somebody, and viewers are keen to search out out if he will workforce up with the one who had betrayed him. 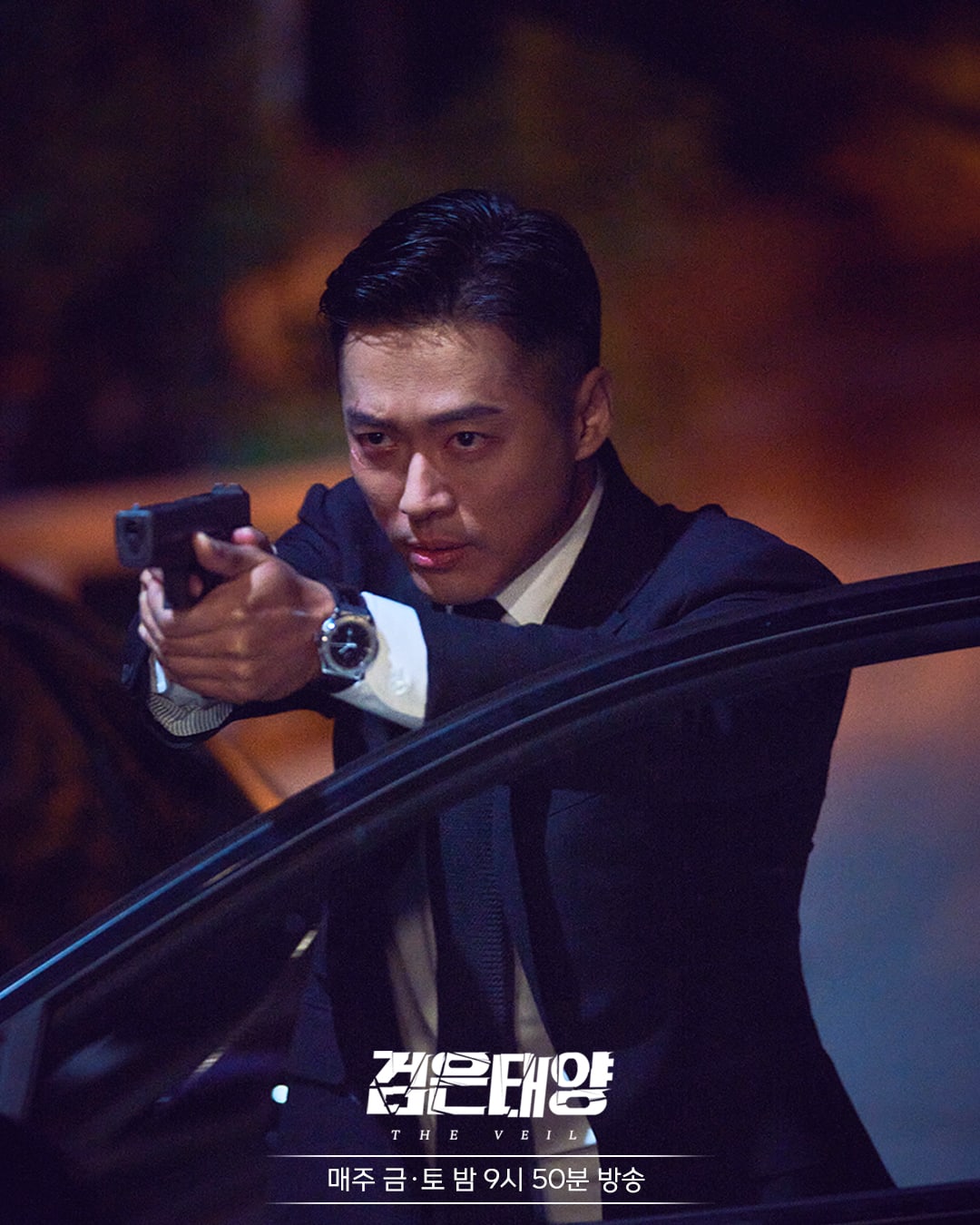 More stills present Yoo Je Yi in a physician’s robe and heading someplace urgently. She confronts mysterious males who maintain up their arms in give up. What sort of operation is she attempting to hold out, and can she have the ability to overcome this disaster? 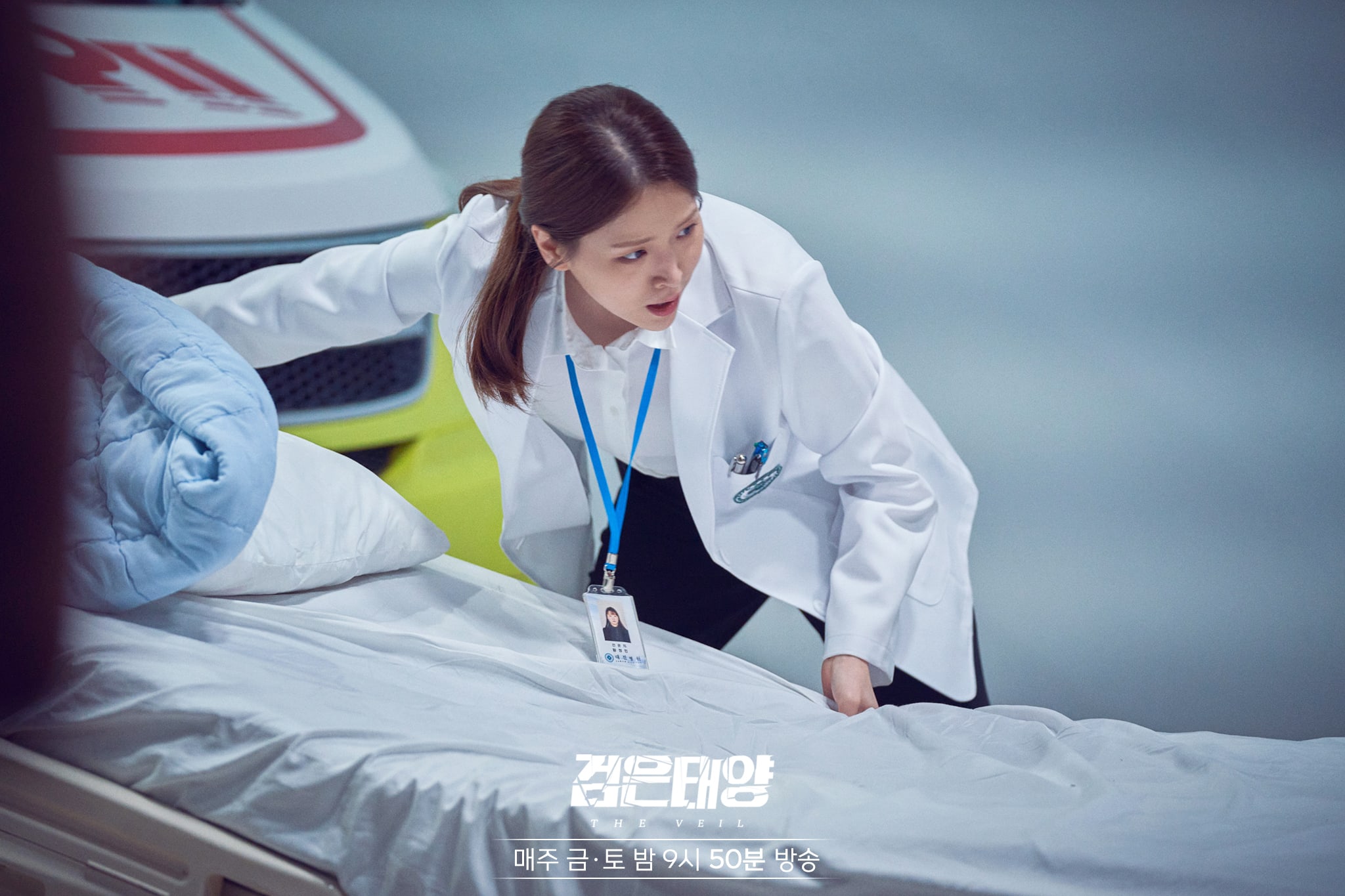 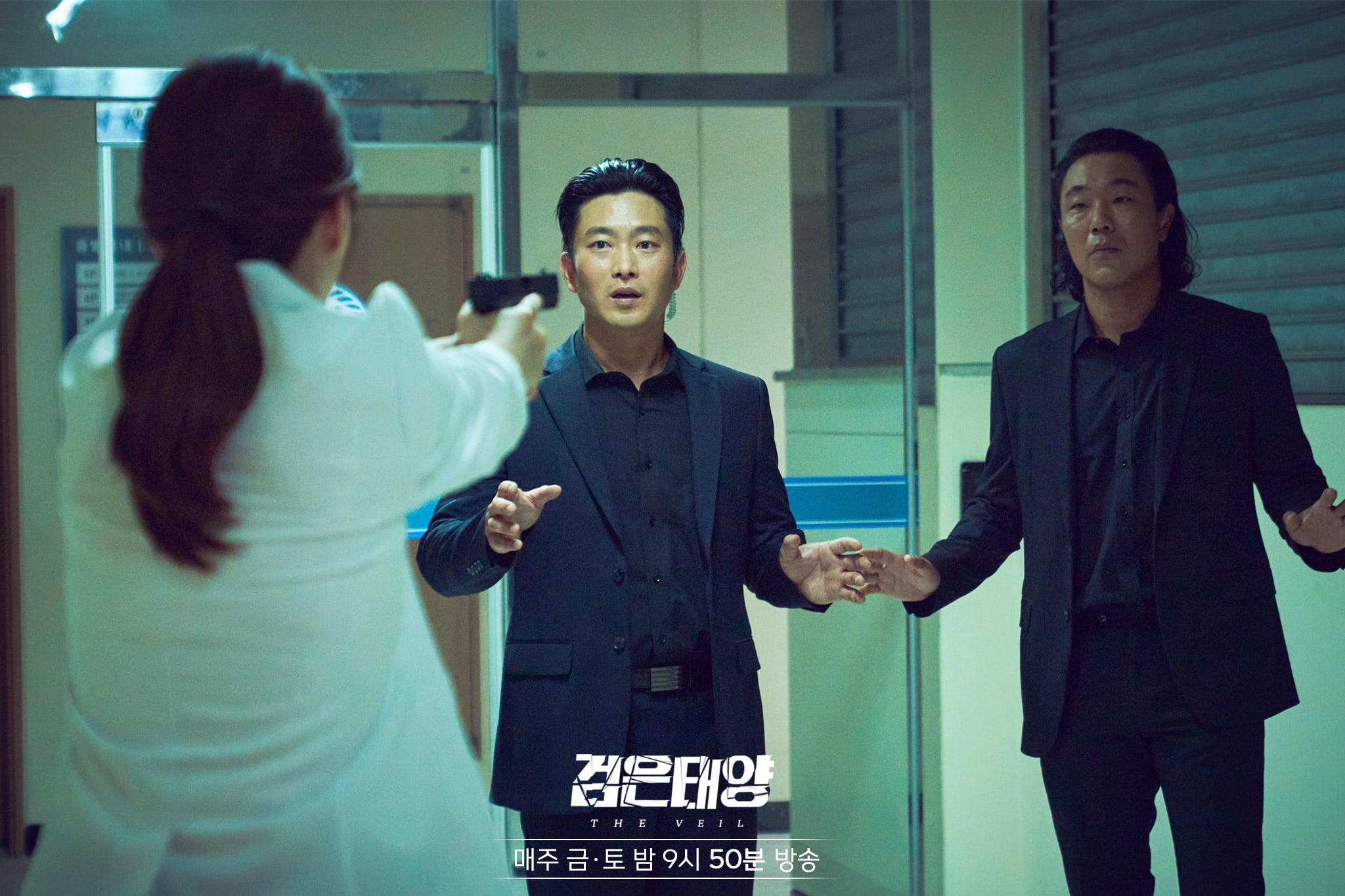 The drama’s producers teased, “Did Seo Soo Yeon, who had fallen into a coma, really die? Why did Yoo Je Yi betray Han Ji Hyuk? These unanswered questions will be resolved through today’s broadcast. You will be able to see several twists and meet a wild and thrilling chase unique to ‘The Veil,’ so please don’t miss it.”