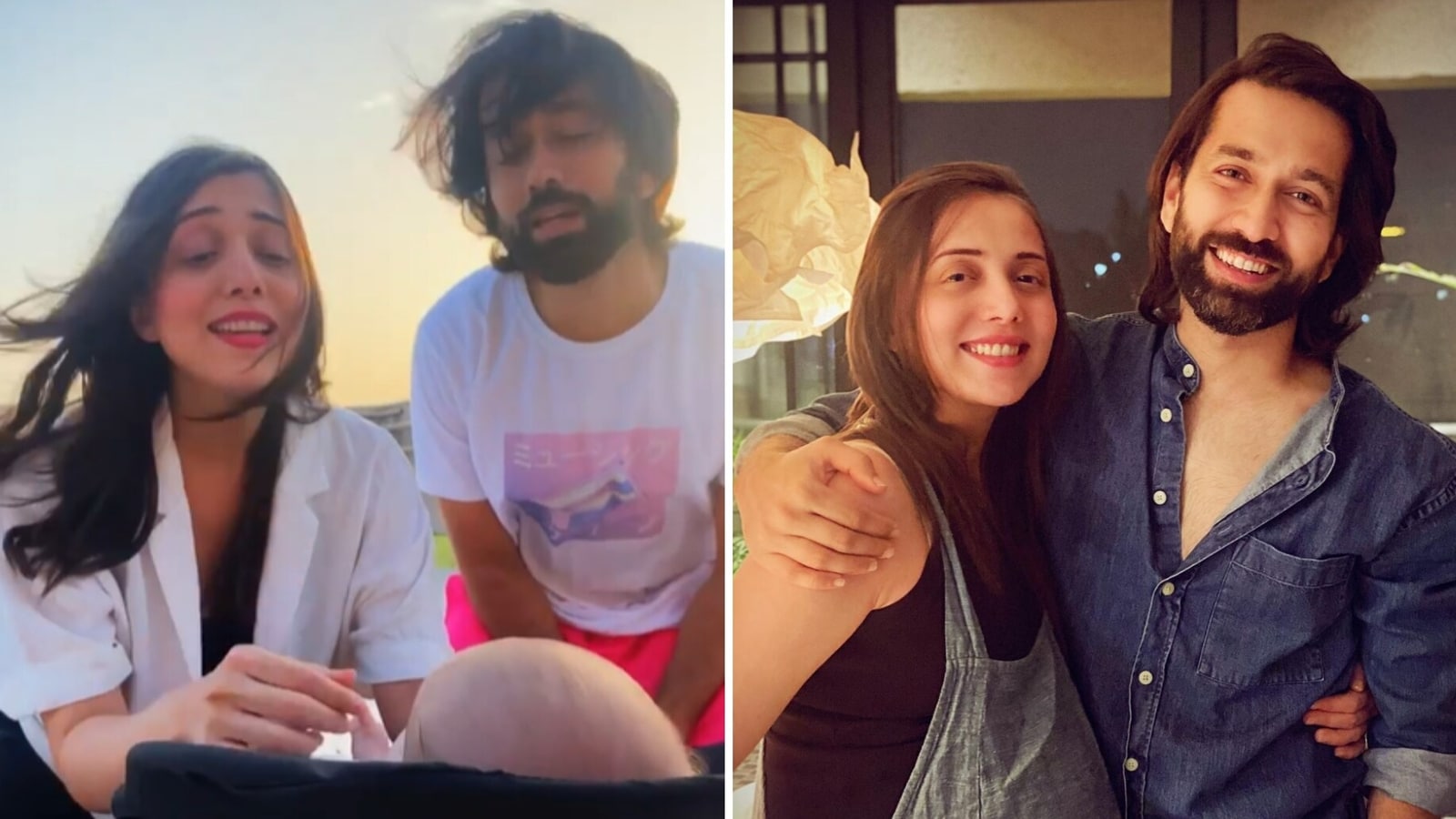 Television actor Nakuul Mehta and his spouse Jankee Parekh sang Lakdi Ki Kathi to their child boy, Sufi, however couldn’t appear to agree on its lyrics. She shared a video on Instagram, of them singing the rhyme to their son. She additionally requested followers to assist clear the confusion within the feedback part.

Nakuul continued to stay to stance and commented, “Its Tabdrak, Maaan! My childhood cannot be a lie.” However, followers had been divided about whether or not to agree with him or Jankee. “Nakuuls mandatory wrong lyrics!!!” one wrote, including laughing emojis. “It’s tabdak tabdak and if it isn’t that then my whole life was a lie!” one other mentioned.

Many additionally gushed over the video, significantly Sufi’s giggle on the finish. “As always this really made my day!!! God bless you all,” one commented, whereas one other wrote, “@jank_ee @nakuulmehta @babysufim I be happy when I see you together.” A 3rd mentioned, “Wow mumma papa both are singing Sunday special song for sufi. @nakuulmehta and @jank_ee.”

Nakuul and Jankee welcomed their first youngster, Sufi, on February 3. Since then, they’ve been sharing frequent updates concerning the child and documenting their parenting journey on Instagram, a lot to the delight of their followers. However, they’re but to completely reveal his face.

Also read | When Vicky Kaushal unwittingly snubbed girl crushing on him who flew down to meet him: ‘Fell in love with another girl’

In an Instagram submit, Jankee had revealed that she and Nakuul determined in her first trimester to call their youngster Sufi, no matter gender. “‘Sufi’. A name that we decided when I was 3 months pregnant for our to-be first born, irrespective of the gender. Sufi symbolises spirituality, art, philosophy, literature, soul, song and everything that we stand for. From the time you were born, you have filled up our lives and hearts with so much love & we just can’t get enough of you. Mamma & Dadaa love you. #myforevervalentine,” she had written.