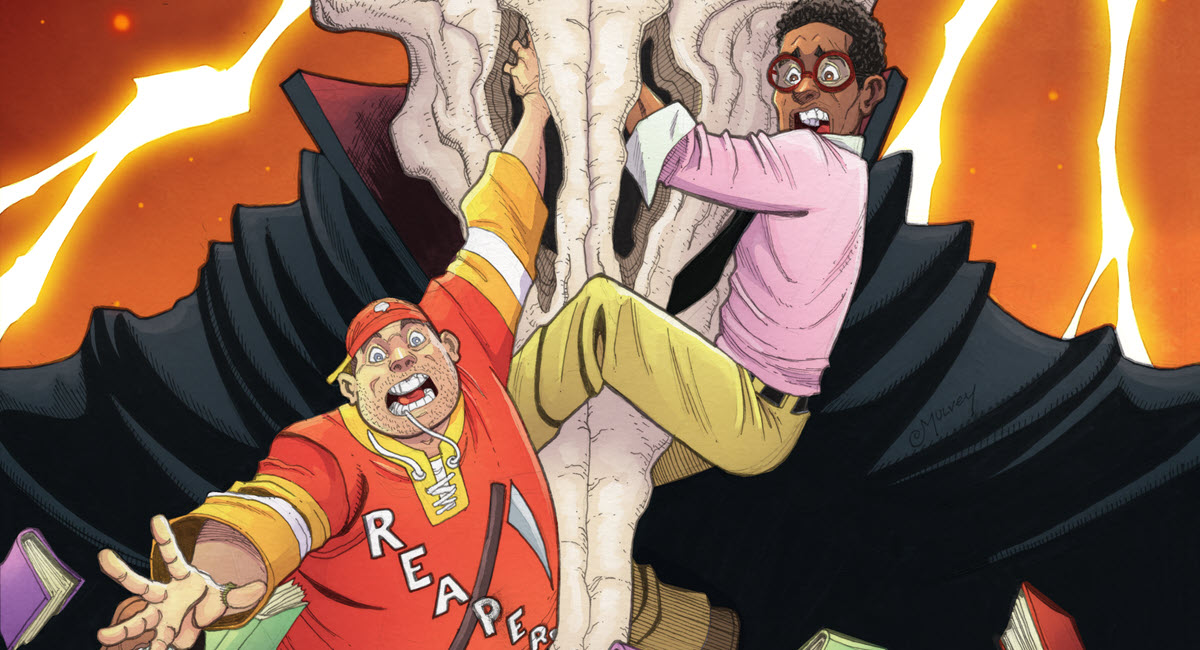 Here’s how AfterShock describes The Last Ride of Pillar & Pryde:

When Ben Pillar and Eli Pryde had been youngsters, they did one thing unbelievable. They saved a younger lady’s life and stopped a madman. They had been heroes. But that was a very long time in the past. Now, with their profession as younger grownup journey novelists in decline, and their friendship in related dire straits, the pair embark on a highway journey again to their previous hometown in hopes of mending their relationship. But a brand new evil has emerged within the city of Tarragon Falls. Can Pillar and Pryde be heroes once more?

The Last Ride of Pillar & Pryde is the primary AfterShock Comics work for author John Lees, whose different comics credit embrace the forthcoming The Nasty with artist George Kambadais from Vault Comics, and The Crimson Cage with Alex Cormack from AWA Studios, amongst many others. It’s additionally Lees’ first collaboration with artist Joe Mulvey, although Mulvey has supplied cowl artwork for a number of of Lees’ earlier comics just like the IDW sequence Mountainhead and the ComixTribe-published Sink. Pillar & Pryde can be Mulvey’s first AfterShock Comics work; his earlier inside credit embrace Scam, which Mulvey additionally wrote, and Wailing Blade with author Rich Douek, each printed by ComixTribe.

In a press release asserting the sequence, author Lees described a few of his inspirations in creating the story:

“Back in the height of the pandemic in 2020, I got heavily into reading Naoki Urasawa manga, and 20th Century Boys became perhaps my all-time favorite comic. And while this is ultimately a very different story, I can see a lot of thematic resonance, in terms of juxtaposing adult protagonists with their young selves and jumping back and forth between them to examine what has been lost with time and what has stayed constant. There are some Stephen King influences in there, for sure, though saying what specific stories might give too much away! In developing the pitch, I was drawing from two divergent sources: old-school, doom-laden ‘70s horror like Messiah of Evil, but then also friendship-themed comedy stuff like Hot Fuzz, Paddleton or Romy and Michele’s High School Reunion. And in the process of making the comic, I can definitely see that it’s adopted much of the “cozy murder” aesthetic seen in current stuff like Knives Out, The Kid Detective and Only Murders within the Building.”

Check out an inside preview of the primary problem beneath. The Last Ride of Pillar & Pryde is due out in shops and digitally on Wednesday, November ninth.

Wolverine Has Quite The “Crossover” With Fortnite’s The Imagined