U-KISS’s Lee Jun Young shared his trustworthy ideas on returning to the “idol life” for his upcoming KBS drama “Imitation.”

Lee Jun Young has been forged as Kwon Ryoc, the middle of the high boy group SHAX. Asked why he had chosen this drama as his subsequent challenge, he replied, “From the script and the character, it felt like I could continue the stories that I never finished as an idol.”

About working as a member of “SHAX” with Yuri, Ahn Jung Hoon, Hwiyoung, Jongho, and Chani, he mentioned, “At first, I felt a bit intimidated and cautious about being on the same team as my juniors. I was afraid that I would start thinking of them as ‘juniors,’ so I did my best to think of them as ‘colleagues’ in the same line of work. I repeated to myself that we were one team. The members got along well together, and there were times that we felt like a real time. I’m grateful to have worked with such cool guys.”

Lee Jun Young additionally shared his affection for his character, Kwon Ryoc. “He’s a perfectionist and detail-oriented, but when he’s alone, he’s a bit of a klutz,” he mentioned. “I think that I’m about 10 percent similar to him. Like him, I’m a perfectionist, but I’m not as good-looking as the webtoon character, and I think that the persona that we show the world is different as well.”

He added, “He’s the center of a top boy group, so I did my best to look as cool as possible. If SHAX’s songs make it to the charts, then we’ll film the music video together.”

He concluded, “I want to be an honest actor who can keep his sense of innocence and warmth. I’m grateful that viewers waited for me for a long time. I may be lacking in many ways, but I hope they can look on me favorably. ‘Imitation’ was born from the hard work of many cast and crew members, and it’s a beautiful, warm project for me as well. I hope it will be remembered as a drama that can transmit the feelings of warmth and innocence of one’s twenties to the viewers.” 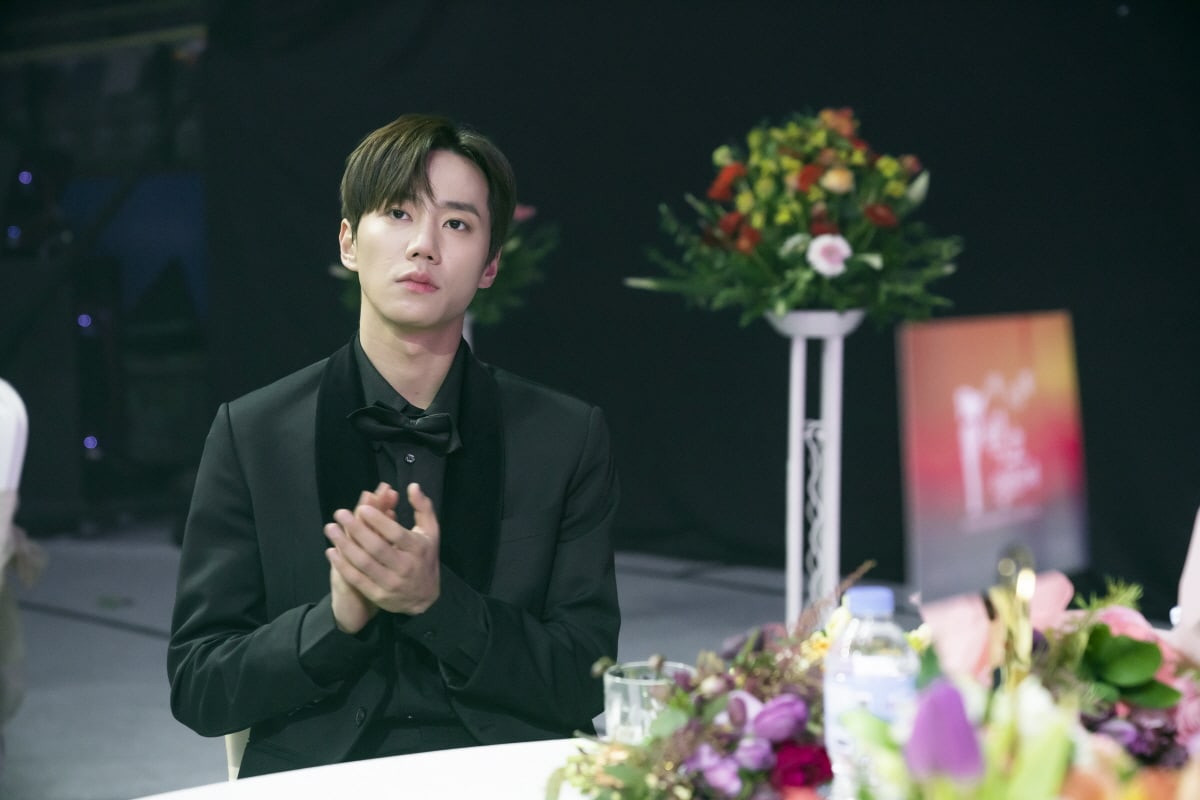