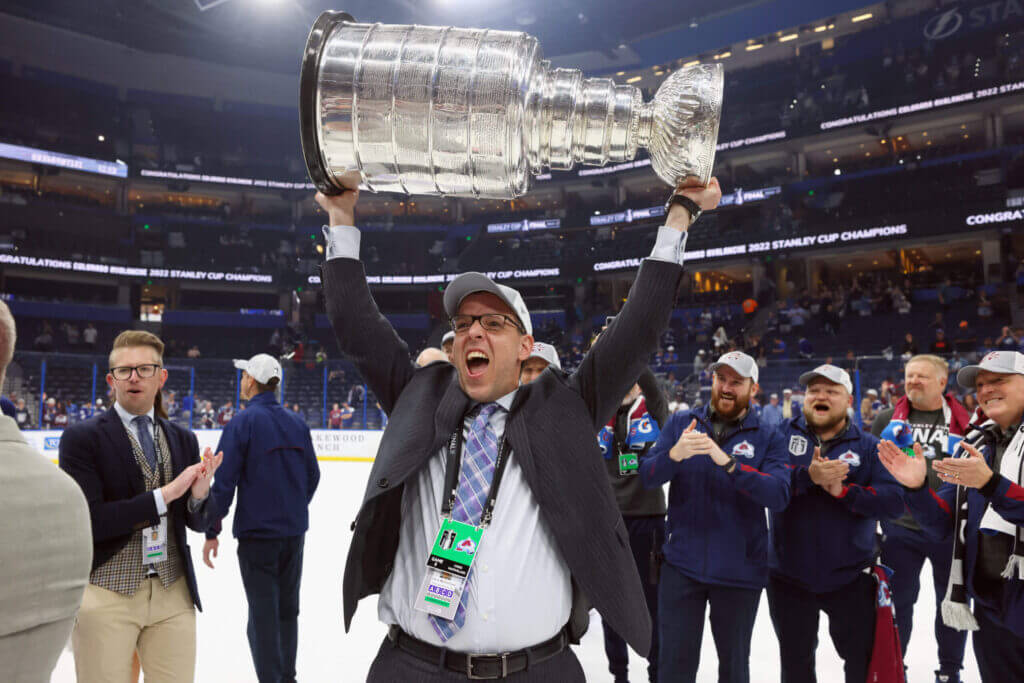 Chris MacFarland had lengthy dreamed of being an NHL basic supervisor.

Right again to his late teenagers and early 20s, when he wrote letters to Lou Lamoriello, Al Arbour, Larry Pleau and Marshall Johnston.

But to suppose that GM dream might come true within the type of taking on a Stanley Cup-winning staff? Come on.

“It’s crazy,” MacFarland stated this week throughout a half-hour interview with The Athletic.

The 52-year-old, who was born within the Bronx however grew up in Nanuet, N.Y., was destined to be a GM someplace quickly. Teams have been calling the Avalanche on him a couple of years now.

That it occurred with out having to go away Colorado, properly, that was excellent.

“All the thanks obviously goes to ownership here, the Kroenke family, for the trust of that. And ultimately to Joe,” MacFarland stated.

It was certainly Joe Sakic who made the decision. Did he need to doubtlessly lose MacFarland to a different group or was it time to step down as GM, transfer as much as president of hockey operations, and permit a transition to occur?

“We didn’t want to lose him,” Sakic instructed The Athletic on Thursday. “I think we built something really good here and want to keep it together. It was just a matter of timing in my mind.

“For me, it was an easy decision. One thing I learned from Pierre (Lacroix), he would always say, ‘What’s best for the logo?’”

According to sources, Chicago, Anaheim and San Jose all reached out throughout their GM searches final season to ask about interviewing MacFarland (neither Sakic nor MacFarland would verify that).