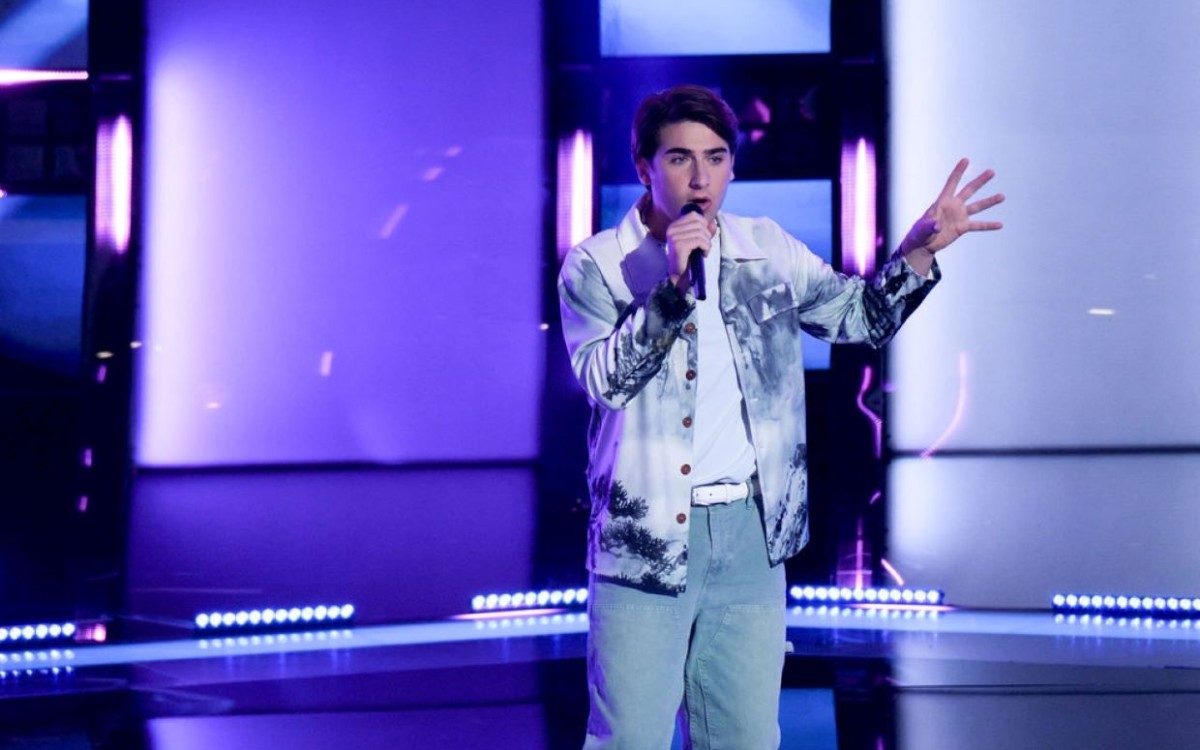 Last week Team Gwen Stefani’s Kique had to participate within the Instant Save, so performing as a part of the Top 10 was one thing he was particularly wanting ahead to since he fought so arduous to get there, however when it got here time for him to take the stage to carry out The Weeknd‘s “Call Out My Name,” host Carson Daly introduced that Kique had pre-recorded his efficiency at one other location.

After The Voice wrapped for the night time, on a Zoom interview, Parade bought the news from the 19-year-old Miami native on how he had recorded his efficiency on Sunday.

“The stress was really high for me because I recorded it on Sunday, so I didn’t have as much time as I felt like I wanted,” he shared. “When I got [to the studio], I was unfamiliar with the space, there’s no crowd, there’s no people, it’s me and the cameras and the lights. It was really, really weird and different. I felt like I didn’t have the energy from the crowd, obviously, that you want, but at the end of the day, I’m forever grateful to NBC that I was able to still perform even with COVID. They pulled out all the stops. They did everything they could possibly do so that I could have my best possible performance.”

Related: Morgan Myles on Why It Wasn’t Crazy To Pick Camila Cabello as Her Coach on The Voice

Despite the constraints imposed by the COVID protocols, Kique says he’s comfortable along with his tune.

“Obviously, the conditions weren’t the best as they could have been for what I had to do, but I’m happy with what I did. I kind of put it all out there. It was a fun song. I think I kept it fun but also implanted all my little Kique-isms that make my music what it is, all the little things that I do to it. At the end of the day, I’m happy and I’m grateful that I’m still here.”

Whether will probably be sufficient to assist Kique get into subsequent week’s semifinals will likely be revealed tonight, but when he needs to be within the backside three and wish to participate within the Instant Save, it’s unclear right now how The Voice will make that occur as Kique will likely be watching the proceedings from his quarantined lodge room.

“I’m not exactly sure how the show is going to do it,” he admitted. “They do what they need to do and then I have a schedule, so I’ll figure that out, but that’s not really for me to speak on.”

As for his technique to make it to the finale if he goes by to the semifinals subsequent week, Kique’s plan is to indicate a softer aspect of himself.

“Throughout the show when I have shown my softer side it’s been straight into something big. I just really want to do a ballad-y type song to show my emotion. I do like the powerful songs and they’re fun to perform, but I want to show that at the heart, music is me. I can do all these fancy things, but even the simplest of music is so important to me and the simple melodies are what really matter, and the basics of music are still so important, and emotion is everything. It’s really hard to show emotion when you’re singing for your life, like big crazy [Instant Save] moments but on the smaller parts it’s really fun for me to show emotion.”