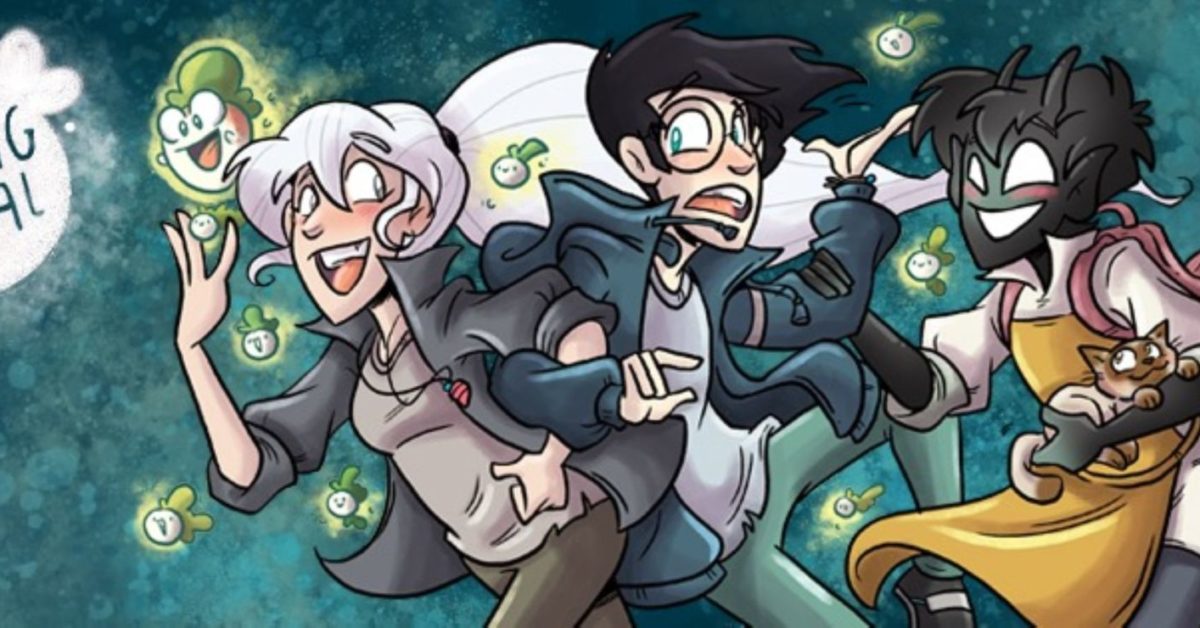 Bleeding Cool have been fans of cartoonist Katie Cook for many years, and particularly love the traces that she will command at comedian e book conventions, outstripping the extra mainstream favourites, as folks fortunately queue up for her watercolour cartoon character creations.

Publishers Marketplace experiences “Comic artist Katie Cook’s NOTHING SPECIAL, an all-ages fantasy graphic novel series of the webcomic, following not-so-human teenagers, a demon prince with a love of romance novels, and an actual dead radish, as they journey through a magical realm of peril, fun, and adventure, to Vedika Khanna at Ten Speed Press, at auction, in a four-book deal, by Seth Fishman at The Gernert Company (world English).” You can read the original on Webtoon here.

Katie Cook posted to Facebook, her personal model. “Turns out funny book lady and day-drinker, Katie Cook, has a comic not involving a pastel horse. NOTHING SPECIAL, an all ages fantasy webcomic is finally coming to print so everyone can stop asking. Following the lives of teenagers of questionable magical origins, Callie and Declan along with their friends… a demon prince with a love of romance novels and an actual dead Radish, we dive in to a magical realm of peril, fun, and adventure. Apologies to Vedika Khanna at Ten Speed Press, who, at auction in a four-book deal, by Seth Fishman at the Gernert Company (World English) agreed to this” in addition to posting “Ten Speed Press (the Random House imprint who publishes books from people like, say, the Obamas  ) has agreed to put out my weird dead vegetable books. More info soon but it looks like it’s public knowledge now. I’ve been holding this in for a bit and it’s been killing me.”

What additionally will need to have been killing her is that Katie Cook has additionally been named as one of many artists drawing subsequent 12 months’s Bone graphic novel. Yesterday Bleeding Cool reported the news that Jeff Smith has signed a take care of David Saylor and Cassandra Pelham Fulton at Scholastic/Graphix for a brand new Bone graphic novel to be revealed within the autumn of 2023.  Bone: More Tall Tales is to be a graphic anthology of tales written by Jeff Smith and Tom Sniegoski, and drawn by Jeff Smith, Stan Sakai, Katie Cook, Matt Smith, and Scott Brown. Bone: More Tall Tales will embrace tales in regards to the Bone cousins and their Rat Creature pal share tales round a campfire with a gaggle of younger scouts.