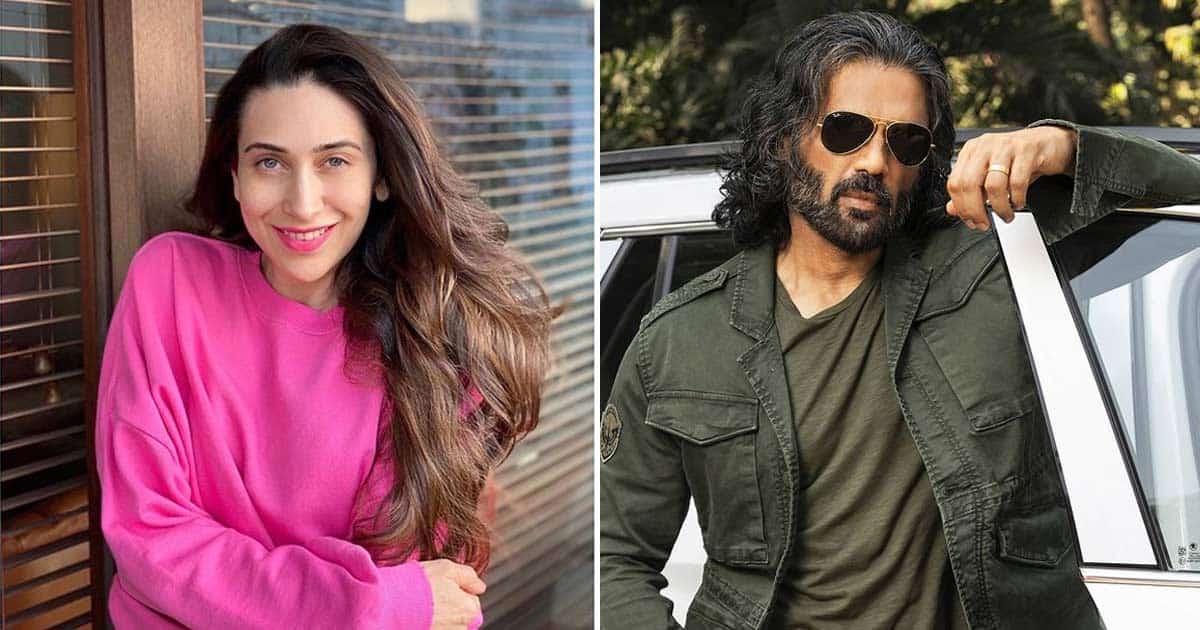 Actress Karisma Kapoor says Suniel Shetty, Akshay Kumar and Aamir Khan are the largest pranksters on a movie set in Bollywood, although for her Suniel will all the time prime the charts.

Karisma and Suniel have labored collectively in movies resembling “Rakshak”, “Sapoot”, “Baaz: Bird In Danger” and “Krishna”, and he or she recalled two event the place he pranked her.

“We were shooting for a film in Chennai and I saw a man wearing a dhoti sitting at a distance. A lot of people flocked around so, I thought that he must be a senior artiste from the South who I may not know. Later, Anna (Suniel Shetty) asked me to meet him. We clicked photos together and talked for almost 20 minutes. Later, before the shot, the man in dhoti earlier was dabbing my face with a puff! I immediately went to Suniel, enquiring about him, and to my shock he revealed it was a prank and the person was actually his make-up artist,” recollects Karisma.

She mentions a second incident, too.

“During an action sequence, I noticed there were two men with daggers coming at each other. In no time, they started fighting. I was so scared that I asked for the police or someone from the unit to stop the fight. Just when I was literally in tears, Suniel revealed it was just a prank!” the actress says.

Karisma shares these nostalgic bits of her profession in an upcoming weekend episode of “Indian Idol season 12”, which airs on Sony Entertainment Television.

Must Read: Hrithik Roshan On Zindagi Na Milegi Dobara’s Sequel: “It Definitely Can Be Done…”