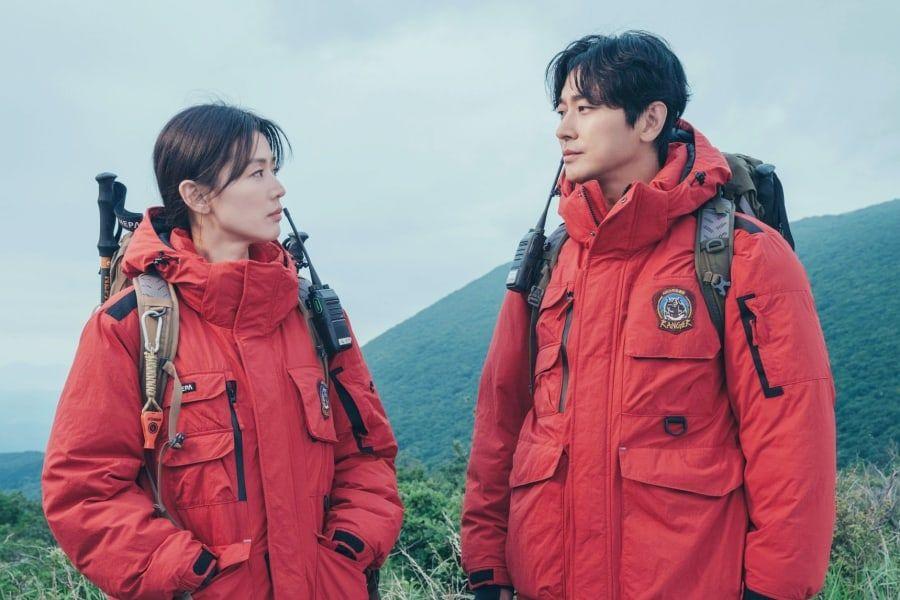 tvN’s upcoming drama “Jirisan” has shared a brand new glimpse of the chemistry between its leads!

“Jirisan” is a thriller drama starring Jun Ji Hyun as Seo Yi Kang, a prime ranger at Mount Jiri National Park, and Joo Ji Hoon as her rookie associate Kang Hyun Jo, who’s hiding an unspeakable secret. The drama will comply with the story that unfolds as the 2 rangers start to uncover the reality behind a mysterious accident that occurred on the mountain.

The drama will probably be penned by Kim Eun Hee, the author of many well-known dramas together with “Signal,” “Ghost,” and “Kingdom”—through which each Joo Ji Hoon and Jun Ji Hyun appeared—and helmed by Lee Eung Bok, the director behind the hit dramas “Goblin,” “Descendants of the Sun,” “Mr. Sunshine,” and extra.

On October 8, the upcoming drama launched a brand new sneak peek of Jun Ji Hyun and Joo Ji Hoon making eye contact in character. Even in a photograph, the chemistry between the 2 leads is simple, and the characters’ reasonable bickering will add a enjoyable layer to the suspenseful story.

According to the drama’s producers, the 2 actors additionally displayed nice teamwork throughout filming, and Joo Ji Hoon personally expressed confidence of their chemistry as he heaped reward on his co-star.

“As you can see in the videos that have already been released, Jun Ji Hyun has great energy,” mentioned Joo Ji Hoon. “Even in situations that could be physically exhausting, she cheerfully led the atmosphere in a positive direction, and thanks to her, both the atmosphere on set and our chemistry were really great.”

“Jirisan” premieres on October 23 at 9 p.m. KST and will probably be out there with subtitles on Viki. In the meantime, take a look at the most recent teaser for the drama right here!

While you look ahead to “Jirisan,” watch Joo Ji Hoon in “The Item” with subtitles beneath: