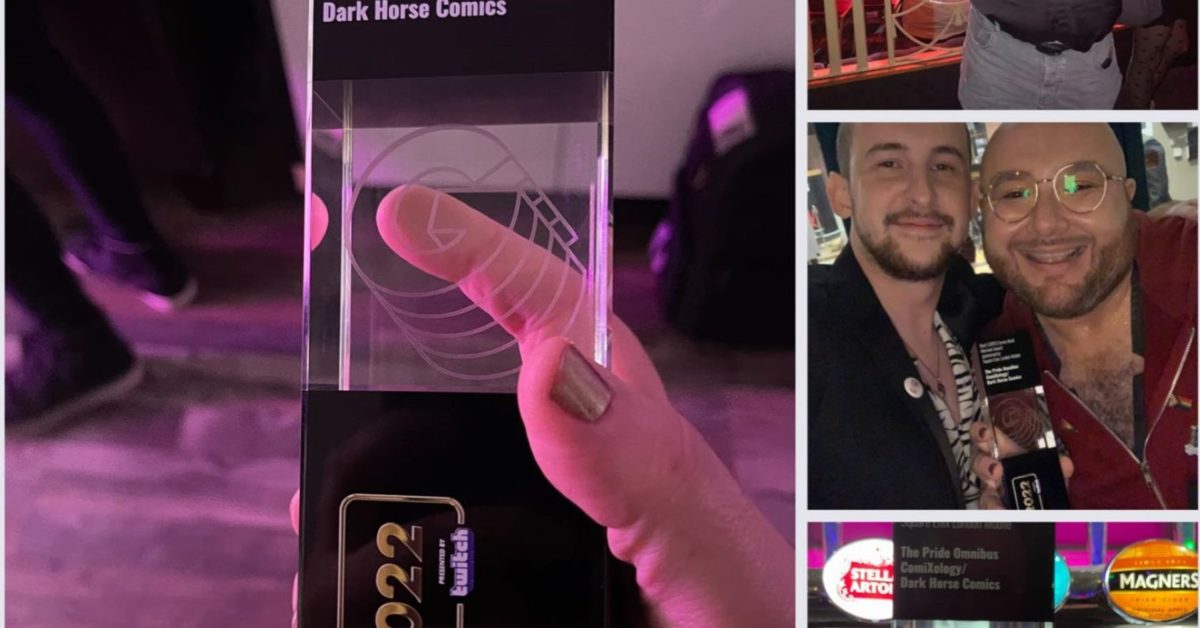 This week comic book creator and former contributor to Bleeding Cool, Joe Glass, was in London for the Gayming Magazine Awards, nominated for the Best LGBTQ Comic Book Moment Award alongside some powerful opponents.

And… Joe Glass gained for his queer superhero comedian e-book sequence The Pride. This is what he posted to Facebook;

Soooo final night time I used to be at an award ceremony (the Gayming Mag Awards) which my e-book, The Pride Omnibus, was nominated for Best LGBTQ Comic Moment 2021. I’ll be sincere, I used to be honoured to be nominated, however did not anticipate to win as I used to be up in opposition to some stiff, good competitors
But I WON! And after the shock wore off, I accepted the award and nearly cried on stage in entrance of a whole lot of individuals Live (and THOUSANDS that have been watching it being live-streamed lol) and wound up chopping an advert hoc, off the cuff, emotional acceptance speech quick for concern of getting a full tear fest on stage lol.
In my shock and fluster, I made a complete hash of it and forgot to say the superb collaborators who helped me make this sequence a actuality. Without them, particularly Gavin Mitchell who helped make the faces of my heroes, we might by no means have The Pride. There’s so many individuals who acquired me from there to right here, and I thank every one from the underside of my coronary heart. This award is for all of us, we made one thing particular.
I could not be prouder or happier, I nonetheless can barely course of that it occurred. But after over a decade of laborious work, perseverance and struggles, my “little book” has been gifted with an unimaginable honour.
Thanks to all of the readers who’ve adopted and supported me from the beginning, and to each new reader who finds The Pride and here is hoping for a lot of extra tales to come back!
Thank you, everybody.

The Pride by Joe Glass and many others is published by ComiXology Originals and Dark Horse Comics.

The Marvel Rundown: So lengthy, and thanks for all of the spiders, Saladin Ahmed wraps up in MILES MORALES: SPIDER-MAN #42