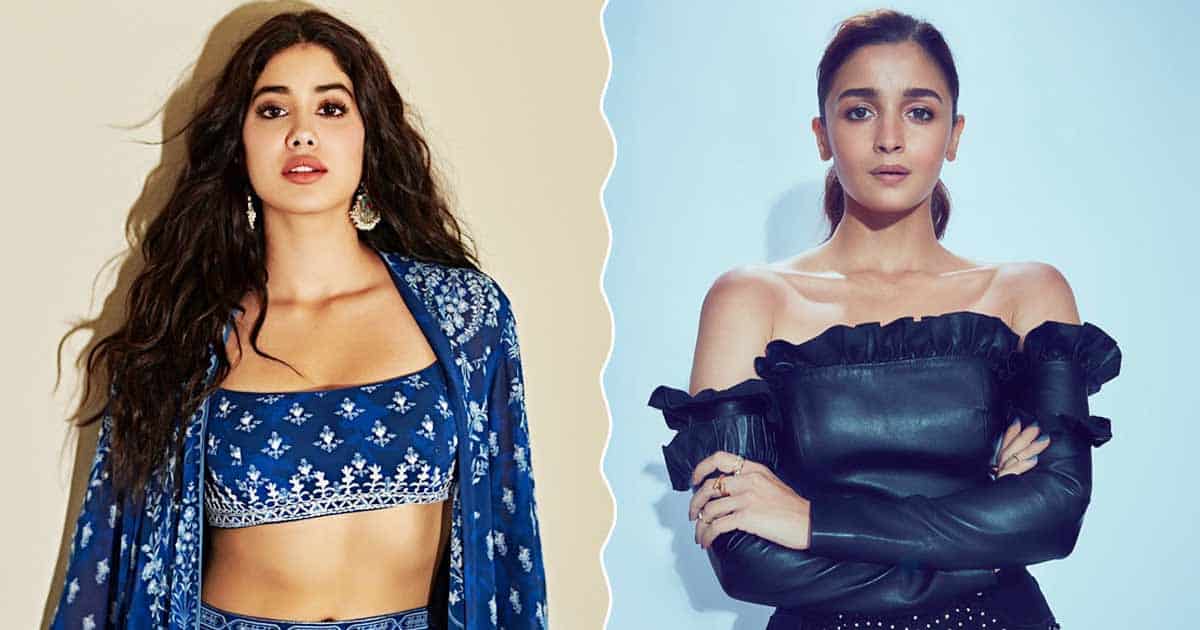 Actors and administrators all the time wish to work alongside their favourites and actress Janhvi Kapoor isn’t any totally different. The actress who’s at the moment busy with the promotions of her soon-to-release Disney+ Hotstar movie Good Luck Jerry, opened up eager to work with the Gangubai Kathiawadi actress Alia Bhatt.

However, as she revealed she ‘would kill somebody’ for the chance, she even revealed that she’s scared the Darlings actress might file a restraining order in opposition to her. Read on to know why she feels so and the opposite issues she needed to share.

During a latest dialog with Siddharth Kannan – whereas selling her soon-to-release movie Good Luck Jerry, Janhvi Kapoor spoke about her admiration for Alia Bhatt. When requested if she and the soon-to-be-mommy could be seen in a film collectively, the Dhadak actress mentioned, “I would kill somebody, I would kill everyone to do a film with Alia Bhatt. I am definitely her biggest fan. In fact, I stalk her.”

Janhvi Kapoor continued, “I don’t stalk her but like every time her trailer or her film comes out, I get really like hyper and agitated. Because I am so fond of her. And I don’t realise how incoherent my text messages to her sound. Like when someone types in Capital letters, doesn’t it feel like they’re yelling? So all of my messages to her are like in caps locks.”

Talking in regards to the form of textual content messages she sends to Alia Bhatt and being afraid if she might file a restraining order, the Gunjan Saxena actress added, “And I am scared, I am so worried that she is gonna file a restraining order. Because they’re all like ‘OH MY GOD. WHAT THE HELL. ARE YOU OKAY? THIS IS NOT OKAY. I CAN’T BREATHE!!!’ I am so aggressive with her on texts. If I show you my conversations it’s just me like screaming, and she’s just like ‘thanks babu.’ I think she’s scared of me.”

While Janhvi Kapoor is awaiting the release of Good Luck Jerry, scheduled to release on Disney+ Hotstar tomorrow, July 29, Alia Bhatt will quickly be seen in Darlings – streaming on Netflix on August 5 and Brahmāstra – releasing in September.