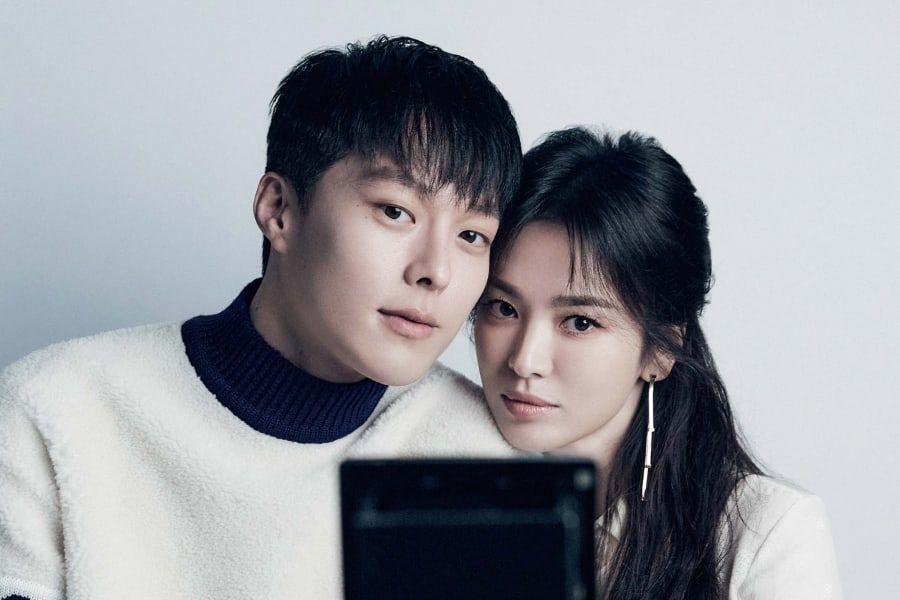 Song Hye Kyo confirmed her assist for “Now We Are Breaking Up” co-star Jang Ki Yong by visiting him within the navy!

On March 10, Jang Ki Yong—who’s at the moment serving within the navy—made a particular look on the SBS Power FM radio present “2 O’Clock Escape Cultwo Show.” Together with EXO‘s Chanyeol and ONF‘s Hyojin, Jang Ki Yong appeared in uniform to talk about their upcoming military musical “Blue Helmet.”

During the show, Jang Ki Yong talked about filming his latest drama “Now We Are Breaking Up” right up until he enlisted in the military last August.

“I filmed the drama up until four days before my enlistment,” shared Jang Ki Yong. “I watched what we’d filmed a month after I arrived at my navy unit, and perhaps it was as a result of we needed to movie shortly due to my enlistment, nevertheless it felt a bit awkward.”

DJ Kim Tae Gyun then requested Jang Ki Yong if his co-star Song Hye Kyo had come to go to him throughout his navy service, and he replied, “Yes, she has. The entire ‘Now We Are Breaking Up’ team came to see me. It really gave me a lot of strength.”

“Blue Helmet” will run from March 18 to May 8 on the D-Cube Arts Center in Seoul.

Watch Jang Ki Yong and Song Hye Kyo in “Now We Are Breaking Up” with subtitles under!