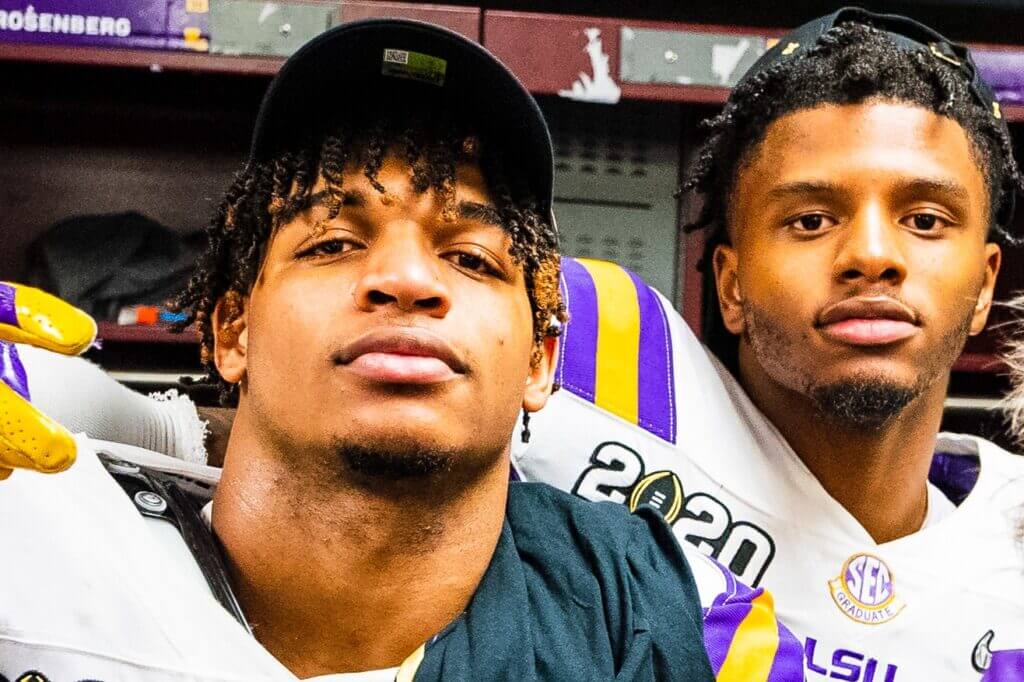 Having performed collectively at Archbishop Rummel High School in New Orleans and later at Louisiana State, Bengals broad receiver Ja’Marr Chase and Titans cornerback Kristian Fulton will likely be on opposing sidelines for a soccer sport for the primary time Saturday when their groups conflict in an AFC divisional-round matchup at Nissan Stadium.

But this received’t be the primary time the 2 have performed in opposition to one another. That got here manner again of their youth basketball days on the playgrounds of New Orleans’ Westbank, and the preliminary assembly nearly got here to blows. Not among the many junior excessive athletes, however between Jimmy Chase and Keith Fulton, their dads.

“Kristian was a problem,” Jimmy says. “We had to figure out how to do something with this dude. He was good. Real good. He was the best one in our area.”

Ja’Marr wasn’t backing down regardless of a two-year age distinction. He was guarding Kristian as tightly as anybody had and matching him on the offensive finish. The present everybody was watching became the scene everybody was listening to.

“Keith was talkin’ crap, so then I had to start talkin’ crap,” Jimmy says. “We bumped heads. We was about to get into it. You don’t let nobody talk about your son, and he was chirpin’ over there.”

Keith says he doesn’t bear in mind the confrontation however admits that yeah, it feels like him.

“I almost came to blows with so many people at basketball games, man,” Keith says. “My spouse will inform ya I’ve been put out a variety of locations.