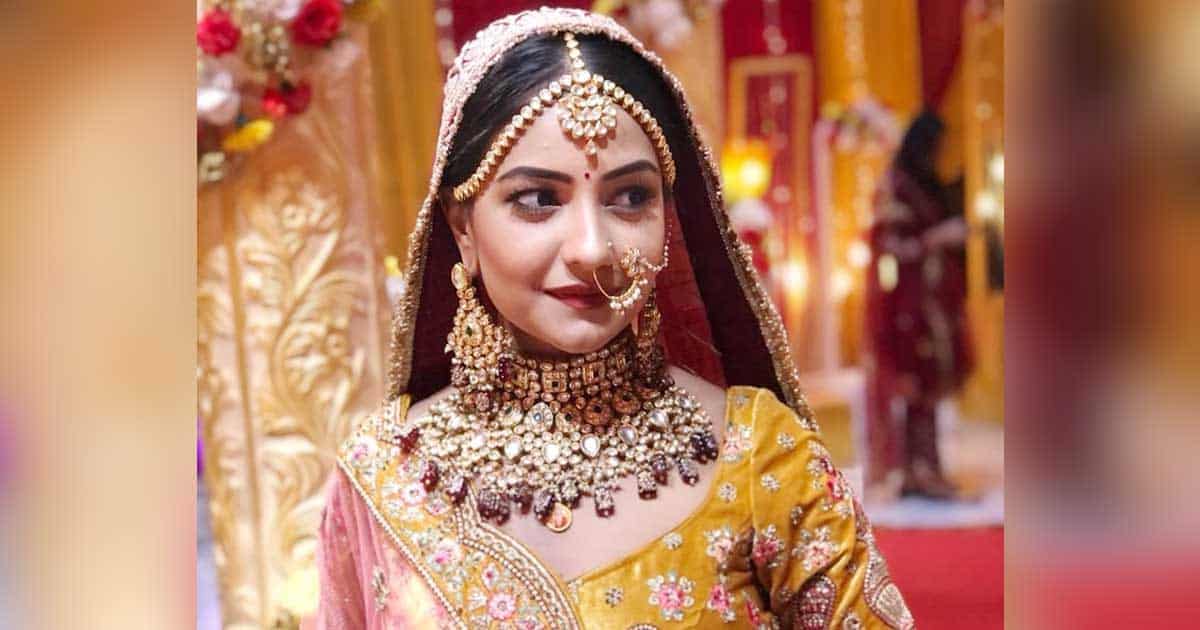 Talking about her look, Akshita stated: “Believe me when I say I have to literally push my lehenga forward to move my feet. I can’t even hold it for more than ten seconds because my fingers would start paining. It is a very heavy piece and on top of that, the Kundan ornaments that I am wearing for the scenes are no less. But of course, it feels nice to have a beautiful look like this, and a woman looks the prettiest in her wedding attire.”

The actress will likely be seen wearing a lehenga that has shades of pink and mustard yellow, with intricate maroon work, and teamed with a brilliant golden Kundan set. She has to hold this for almost 14 hours a day.

She provides: “Moreover, this particular lehenga drew my attention the moment I saw it because it didn’t have a common maroon colour, but had shades of pink, yellow and maroon. This isn’t my first bridal look, as I’ve had such looks in the past for the other shows, but this is the most unique one where I even got the chance to add on my own lip shade to the look.”

Must Read: Bigg Boss 15: Umar Riaz Feels Geeta Kapur’s Comments On His Profession Were Made To Demoralize Him; Says, “Who Gave Her The Authority To Speak Me Like This”