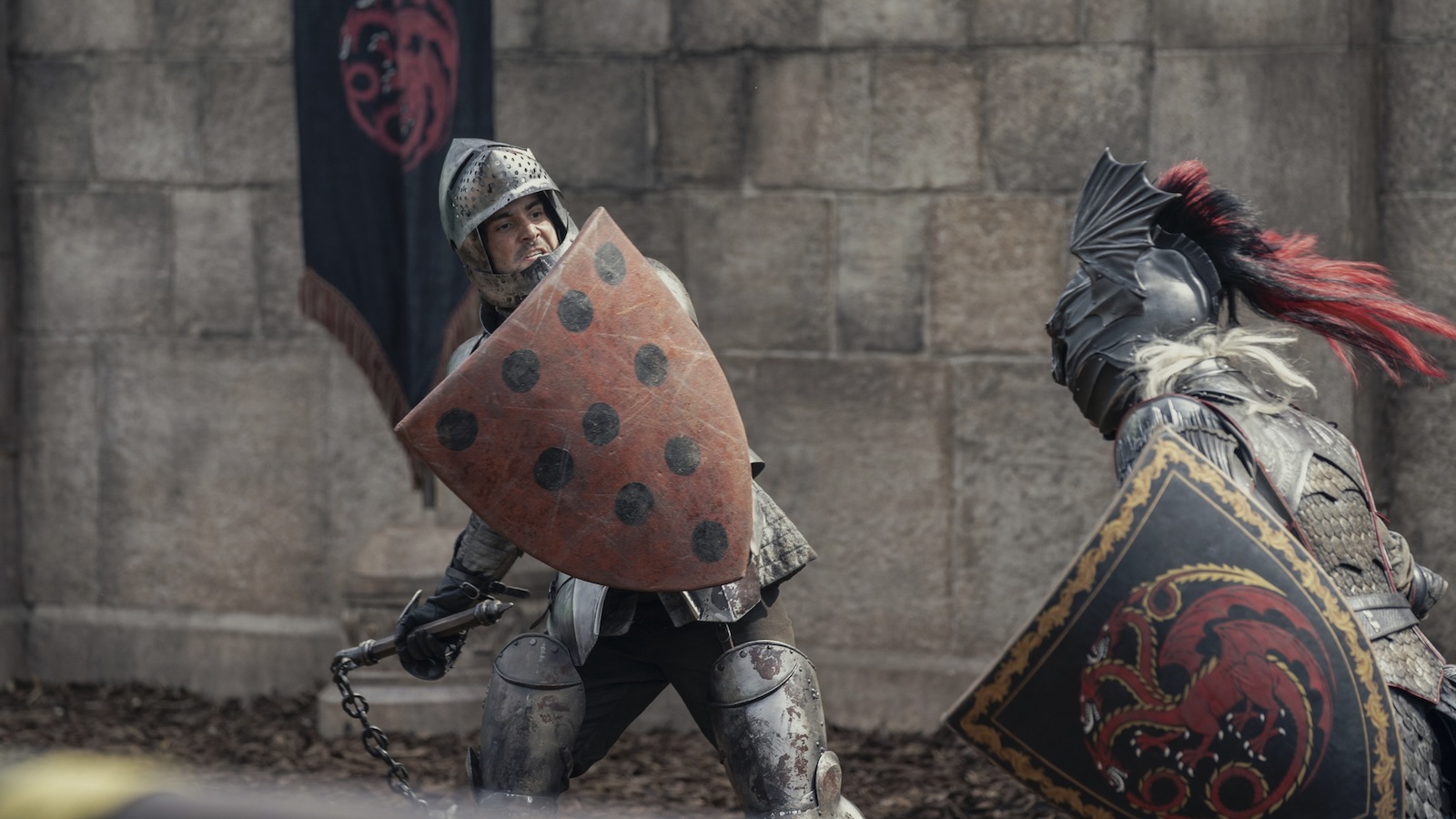 Warning: the next article comprises spoilers for House of the Dragon season 1, episode 1, “The Heirs of the Dragon.“

House of the Dragon actor Fabien Frankel talks about what it was like filming the brutal first duel in the series opener. The world of Westeros is back in full effect, as Frankel’s Ser Christon Cole battles it out with Matt Smith’s Daemon Targaryen. Suffice it to say, it got bloody.

In an interview with Digital Spy, Frankel shared how satisfying it was to take on the task of the series’ first full-on fight against such a powerful character.

“I think that he has entered this tournament — I don’t know that he has grand designs to become what he might become but I think from a fighting perspective, it’s the biggest tournament that exists.

It’s the tournament for the heir to the king. There’s definitely a feeling of the stakes are highest here and obviously fighting against Daemon who’s very much touted as the greatest fighter in King’s Landing – I think, to him, that’s the perfect matchup.”

With this being the primary episode, it’s attention-grabbing to notice that Ser Criston Cole’s ambitions aren’t all that huge. The joust is ready up in honor of the King Viserys‘ (Paddy Considine) coming child, and has a sense of mindless entertainment. But because there aren’t very many exterior conflicts (as a result of the Targaryens have dragons), they must bide their time with bloodsport.

Daemon, King Viserys’ merciless brother, is very violent and loves nothing greater than to get beneath individuals’s pores and skin. The jousters take their aggression out on one another, leaving their horses behind and dueling one-on-one. Ser Criston Cole makes use of a mace whereas Daemon makes use of a sword, and despie how ferocious Daemon is, it’s not really easy to convey his opponent down.

Frankel has also said that future episodes will be even better, calling them “amazing.” The first half of the season takes place with a youthful Princess Rhaenyra Targaryen and Alicent Hightower, performed by Milly Alcock and Emily Carey respectively. In later episodes, Emma D’Arcy performs the grownup Rhaenyra and Olivia Cooke performs the grownup Alicent, and their relationship will irrevocably change.