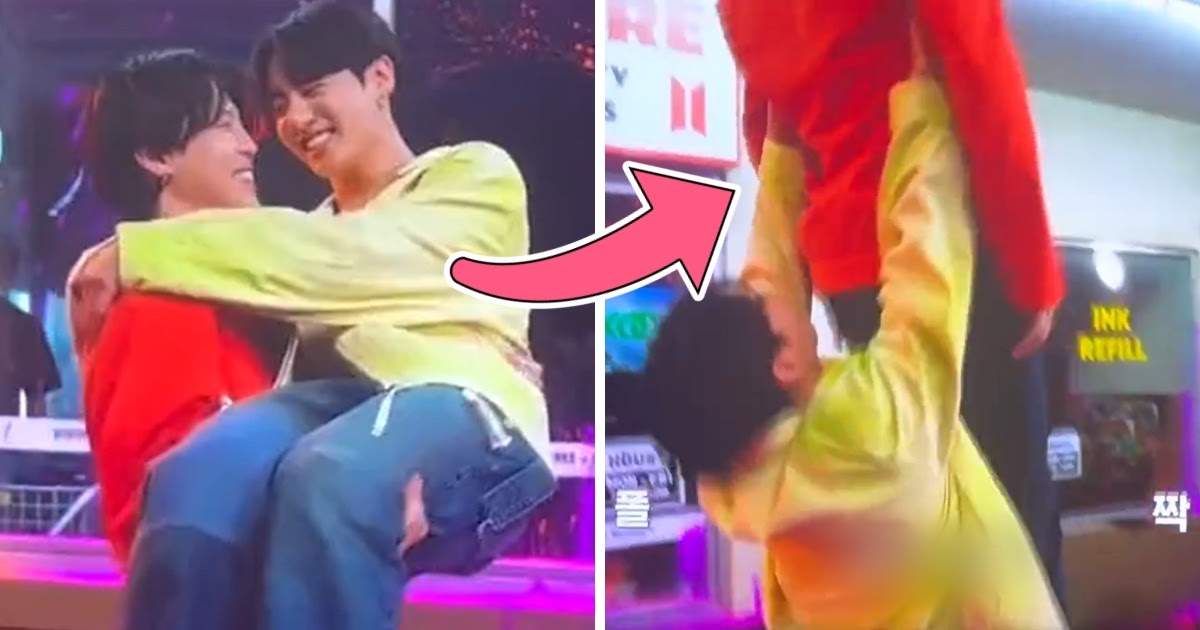 As a part of the maknae line, you possibly can all the time catch BTS‘s Jimin and Jungkook goofing off behind the scenes!

Like young boys full of too much energy, they love playing physically by testing their strength and picking each other up.

During the filming of the “PERMISSION TO DANCE: ON STAGE” VCR clips, Jimin used all of his strength to hoist up Jungkook, spin around, and promptly put him down.

He then tried another technique where he put the youngest on his back.

While Jimin had a hard time, J-Hope asked Jungkook about his current weight, to which he revealed he was around 70kg (about 154 pounds)!

Next, Jungkook decided to lift up Jimin and the stark difference between the two boys’ weights was sufficient to make the opposite burst into laughter.