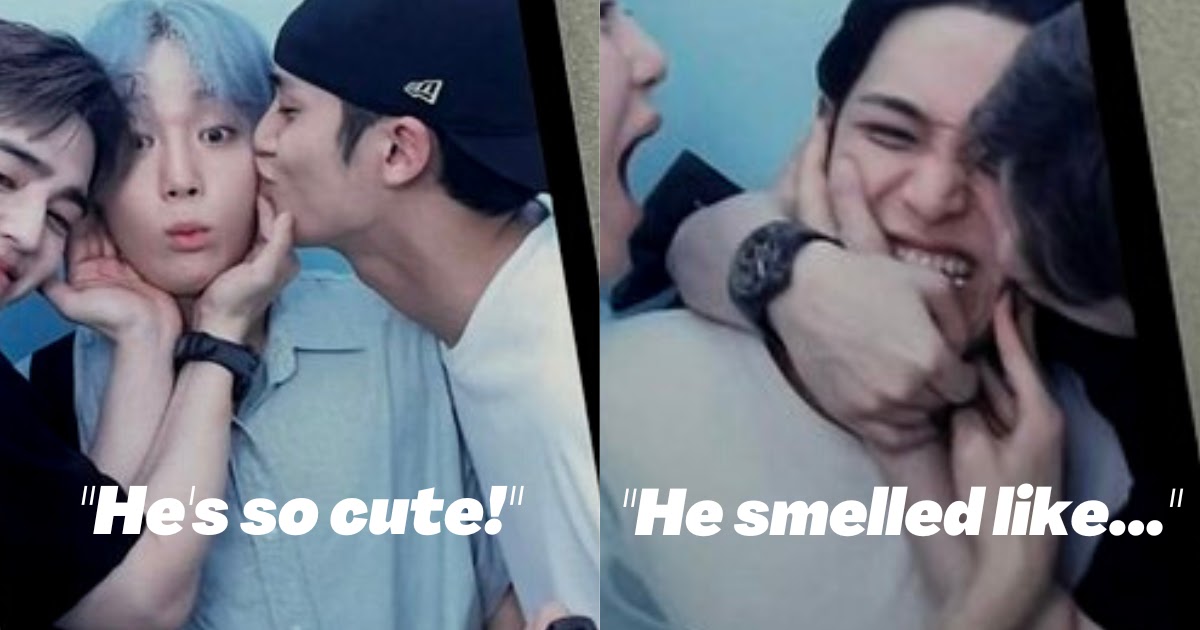 When these collection of sticker sales space photographs had been launched, CARATs went wild! It featured SEVENTEEN‘s Mingyu, S.COUPS, and Seungkwan tipsily posing for the camera.

Fans jokingly dubbed these photos “the kissing booth!” Other members Vernon, Wonwoo, and Jeonghan also got in on the action.

DK couldn’t be ignored of the love! These photographs had been taken after SEVENTEEN had wrapped filming for Dingo Music‘s Tipsy Live. Clearly they were more than a few shots in.

During a recent interview with ELLE magazine, Mingyu explained the behind story of the photos. As expected, they were all very tipsy when it happened. He felt super happy and loved up when the photos were taken.

On this day, we finished filming for a broadcast and we were all so happy and the vibes were great so we went for a second round (of drinks). On the way there, we took photos at a sticker booth shop and how I felt right then was that the members were all so lovely, that I was so happy, that we were one, and that I was so thankful for SEVENTEEN. The photos were taken when those feelings were at a peak.

Mingyu revealed how adorable Seungkwan was at the moment. Well-deserved kiss, we must say!

On the other hand, Mingyu also explained why he had avoided S.COUP’s kiss as if he was on hearth.

S.COUPS merely smelled an excessive amount of of soju! Unsurprising, given what number of photographs the members downed throughout Tipsy Live.

Despite the rejection of the kiss, we’re positive Mingyu nonetheless adores and loves his S.COUPS hyung! He’s too lovable for that. Catch the complete interview beneath.