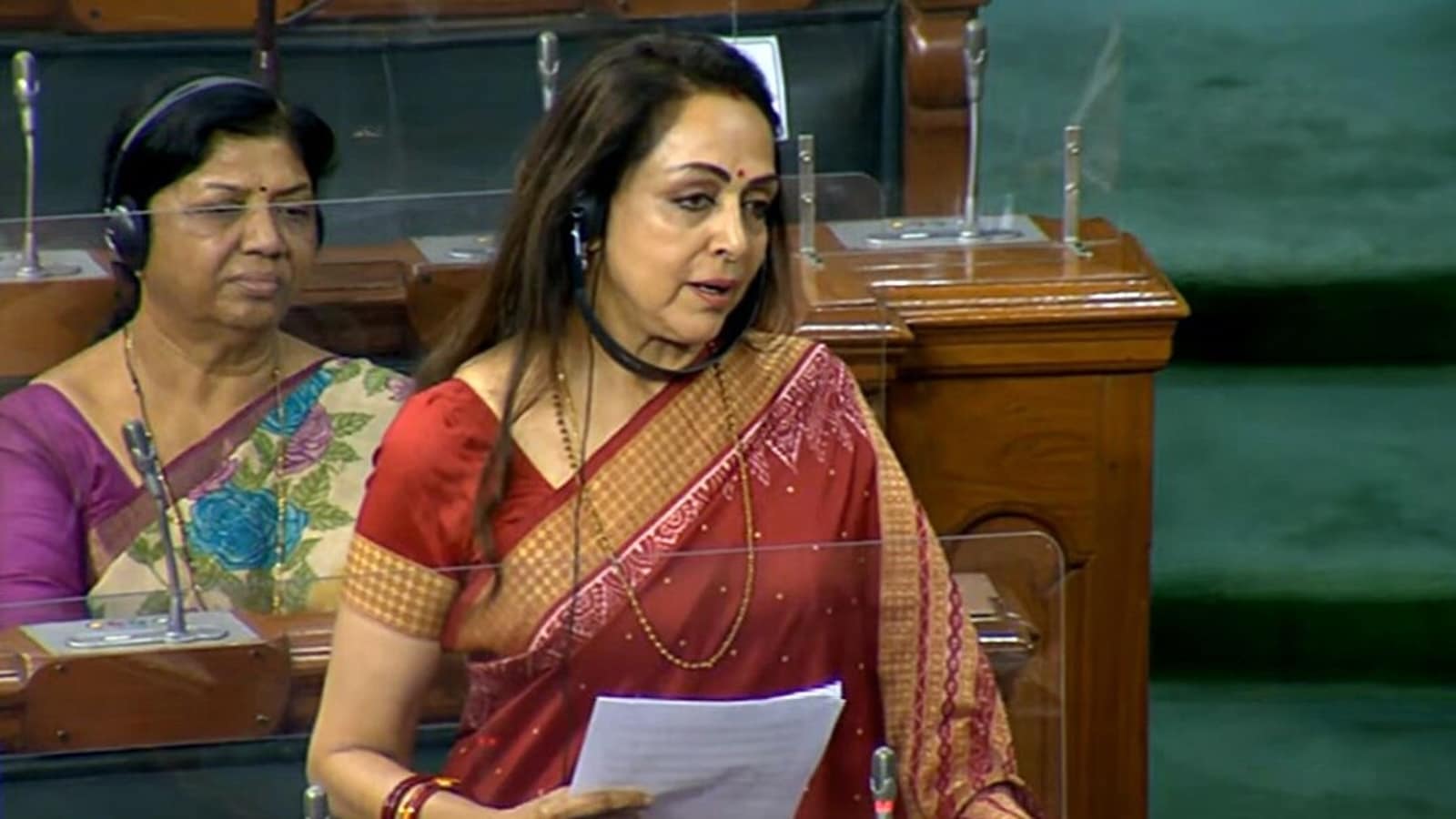 Hema Malini reacted to Maharashtra water provide and sanitation minister Gulabrao Patil evaluating the graceful roads in his constituency to her cheeks. She stated that such feedback weren’t in good style.

Speaking to ANI, Hema joked, “Better I keep my cheeks properly, safely.” She stated that the ‘trend’ was began by former Bihar chief minister Lalu Prasad Yadav a number of years in the past and continues even now.

“Waise karna nahi chahiye (This should not happen),” Hema stated, including that she might overlook such a remark if it was made by a member of most people. “But if it is a Member of Parliament or anybody connected to our constituency (who says it), I don’t think it is in good taste. Any woman should not be used for saying (such things),” she stated.

#WATCH “A trend of such statements was started by Lalu Ji years ago and many people have followed this trend. Such comments are not in a good taste,” says BJP MP Hema Malini on Maharashtra minister Gulabrao Patil evaluating roads to her cheeks pic.twitter.com/SJg5ZTrbMw

At a political rally on Sunday, Gulabrao Patil talked concerning the improvement he carried out in his constituency and stated that the roads have been as clean as Hema’s cheeks. He later apologised and stated that he didn’t intend to harm anybody’s emotions.

“I did not mean to hurt anybody. I apologise for the comments. I belong to the Shiv Sena that idolises Chhatrapati Shivaji Maharaj. Party founder Balasaheb Thackeray has taught us to respect women,” he advised reporters in Dhule.

Hema can also be a Member of Parliament herself; she belongs to the Bharatiya Janata Party (BJP) and her constituency is Mathura.