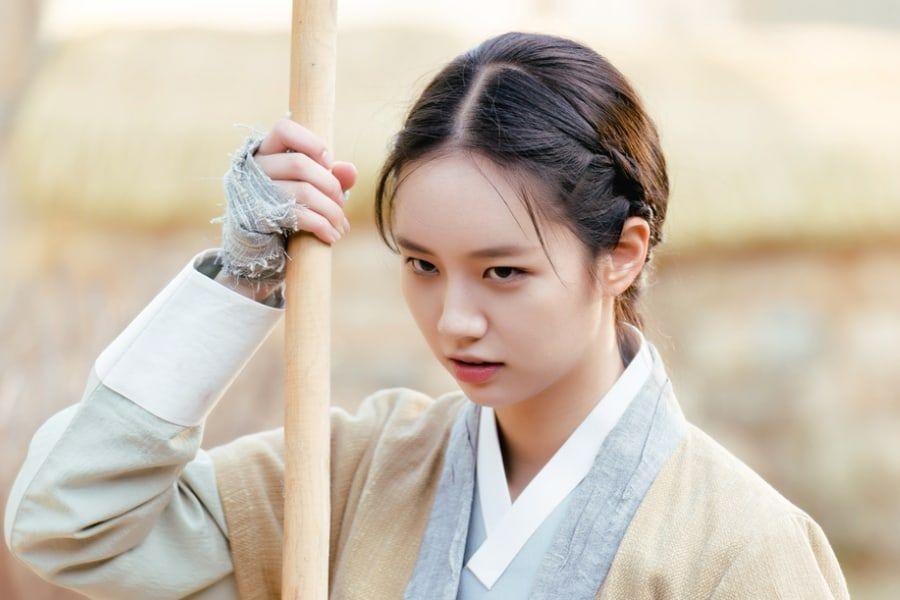 KBS’s upcoming historic drama “When Flowers Bloom, I Think of the Moon” (literal translation) has shared a sneak peek of Girl’s Day’s Hyeri in character!

“When Flowers Bloom, I Think of the Moon” is a drama set within the Joseon period, through the time when prohibition legal guidelines had been at their strongest. The sequence will inform the love story of Kang Ro Seo, a struggling aristocrat who begins illegally making alcohol so as to assist her household (performed by Hyeri), and Joseon’s biggest inspector Nam Young, who is understood for dwelling a really principled life (performed by Yoo Seung Ho).

Although Kang Ro Seo was born to an aristocratic household, her life hasn’t been simple. When her father handed away 10 years in the past, she ended up turning into the pinnacle of her family at a younger age. As her older brother Kang Hae Soo (performed by Bae Yoo Ram) is learning for the examination to turn out to be a royal official, Kang Ro Seo does every part she will so as to pay for the prices of his books. However, after the sudden downturn of their household fortune, even the slaves of different households look down on her for being poor. Despite the hardships, Kang Ro Seo is a robust and decided breadwinner with unshakable spirit, and she or he finally begins to make alcohol so as to pay again her money owed.

Newly launched stills from the upcoming drama preview Kang Ro Seo’s daring and distinctive character. She pioneers her personal path by leaping over the excessive partitions, hinting that she’s the kind of one who would say, “The place where I walk is the road.” In addition, she sits on the grime ground and waits to do enterprise, although the realm is crowded with individuals coming and going. Although she isn’t as elegant as a standard noble girl, her eyes flare with unshakable willpower, displaying how she isn’t afraid to go towards the norm.

The producers of the drama commented, “Kang Ro Seo is a ‘living rule breaker’ who doesn’t fear anything if it’s to support her older brother and make a living. Please look forward to her performance as she deviates from the aristocrat class, [ignores] what people think about her, and breaks taboos.”

“When the Flowers Bloom, I Think of the Moon” will premiere on December 20 at 9:30 p.m. KST following the conclusion of “The King’s Affection.”

In the meantime, watch Hyeri in her current drama “My Roommate Is a Gumiho” with subtitles right here: