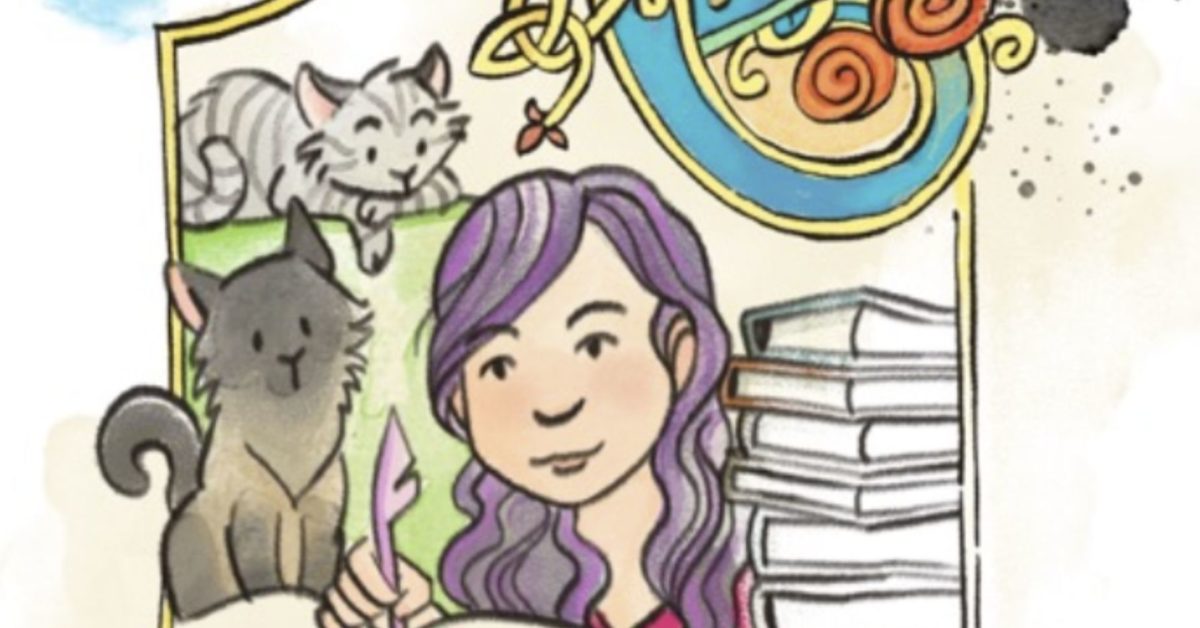 Two years in the past, in December 2020, comic book creator Elyse Martin tweeted, “When a thief in medieval England gets caught mid-burgle, he hides out in a monastery, pretending to be a scribe sent by the Bishop. But when he gets asked to complete an illustrated manuscript of the Book of John, his cover’s blown, unless he can … COPY RIGHT. #FakePitMad”

Now renamed Copy Cat by Elyse Martin and Sean Rubin, it’s a new middle-grade graphic novel set through the golden age of manuscript illumination in medieval Britain, the place a 12-year-old orphan avoids getting caught stealing a field of jewels by disguising herself as a monk-in-training on the native abbey. There, she learns how you can be a scribe, and discovers that artwork and neighborhood could also be price greater than gold.

And now Stephanie Stein at HarperAlley has acquired North American rights to Copy Cat at public sale, for publication within the autumn of 2024.

Elyse Martin tweeted just lately “One COPY CAT related detail I want to share: Early on, I told @SeanCRubin that I LOVE marginalia in rare books– one of my favorite parts of working at @FolgerLibrary was looking for marginalia in any rare book I got to set up– and he has already come up with some great marginalia to include in the graphic novel itself! For example, in a segment on how to make vellum, he added in some backstory on how a calf becomes calfskin via my favorite late medieval allegory, the danse macabre! Isn’t the little bagpipe-playing skeleton cute?”

Sean Rubin added ” Some COPY CAT-related art: @champs_elyse and I can’t show a whole ton, but I did want to share a few things from the pitch, which we used to figure out the overall visual style. Here were the author pics:”

HarperAlley is a graphic novel imprint launched from HarperCollins Children’s Books underneath the course of former artwork director and buying editor at First Second, Andrew Arnold described as a “collaborative, creator-focused publisher” that may concentrate on graphic novels for “readers of all ages.” The line is “looking to publish books that readers of all ages can enjoy, from the youngest readers to teens and adults. We believe that a good story is a story that any reader can relate to. That’s what we mean when we say “readers of all ages.” HarperAlley is seeking to publish about ten books a season, or about thirty books a 12 months and is certainly one of a lot of mainstream guide publishers that has been quickly rising the variety of graphic novels for youthful readers.