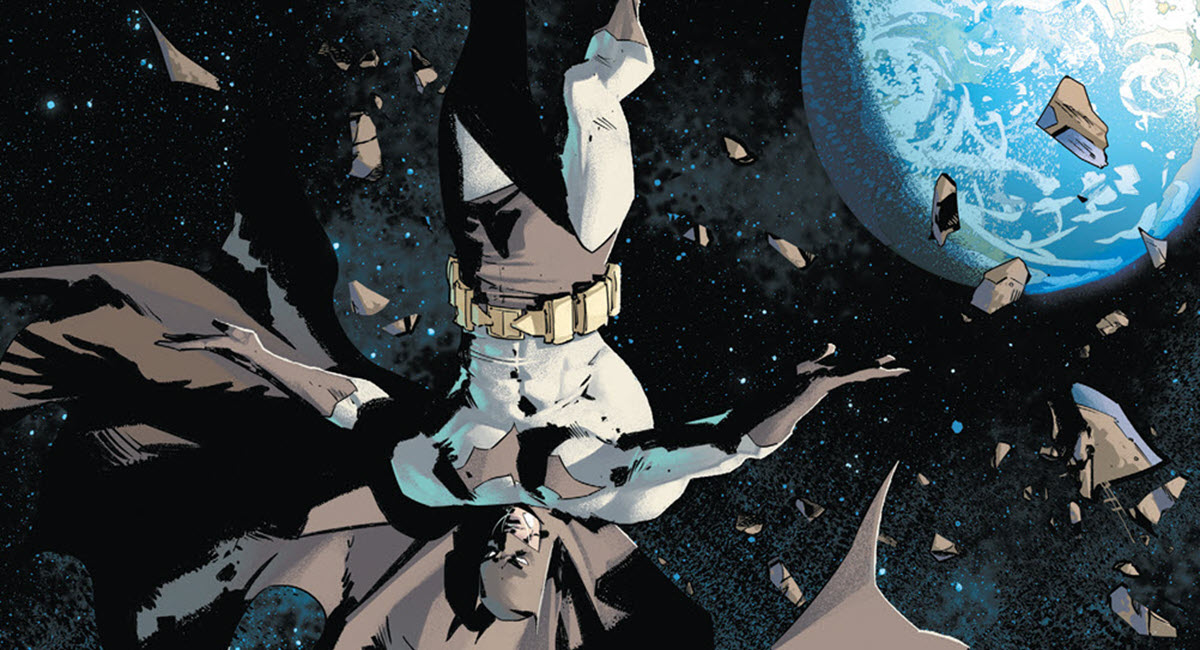 THIS WEEK: Chip Zdarsky & Jorge Jimenez’s first arc on DC’s essential Batman title wraps up with the conclusion of “Failsafe.”

Note: the evaluation beneath comprises spoilers. If you desire a fast, spoiler-free purchase/cross suggestion on the comedian in query, try the underside of the article for our ultimate verdict.

If there was ever any query about what sort of Batman Chip Zdarsky is writing, the primary seven pages of this week’s Batman #130 ought to clear it up. Flung out into area on the finish of the final situation, the darkish knight is left hurtling by way of the void like Sandra Bullock in Gravity, with out the good thing about one other close by area station or perhaps a pressurized swimsuit to guard him. He’s absolutely going to die, proper? There’s no method out of this. But by the eighth web page of the difficulty he’s again on Earth and prepared for a ultimate faceoff with Failsafe, the unstoppable android he created as a backup plan to finish him ought to he ever go rogue.

Batman #130 is superhero journey comics at their absurd finest. And I imply absurd in one of the simplest ways attainable. That opening sequence is whole nonsense. It’s additionally an exciting solution to kick off a difficulty, and completely badass when Bruce walks away from the scene comparatively unscathed, save for his briefs. It’s the type of sequence that makes you snort and pump your fist on the identical time. And that’s simply Batman being Batman. This collection started six years in the past with Batman considering he was going to die in a aircraft crash, and this week he survived reentry into Earth’s environment. Batman comprises multitudes.

Through all of it, Zdarsky, Jorge Jimenez, and Tomeu Morey floor that sheer madness within the characters. Who cares if Batman, Robin, and Superman are preventing a killer robotic if we don’t care about Batman, Robin, and Superman to start with? Jimenez and Morey seize the fluidity of movement and the coordination between the dynamic duo as they tackle Failsafe fantastically, exhibiting readers how well-teamed Batman and Robin are with one another. The climax of the battle is gorgeous and heartbreaking, and the shock of it’s offered flawlessly by the visuals.

This situation additionally options the conclusion of the “I Am A Gun” backup story from Zdarsky and artists Leonardo Romero and Jordie Bellaire. The secret origin of the Batman of Zur-En-Arrh involves a satisfying and layered conclusion, providing readers perception into Batman’s growth of the persona and the way its presence behind his thoughts has impacted each determination he’s made since. Romero and Bellaire do an unbelievable job melding the visible type of Nineteen Fifties Batman comics with a David Mazzuchelli-esque tackle the early Dark Knight.

As a gap arc to a run, “Failsafe” and its backup tales has been as near flawless a Batman story as I’ve seen. Zdarsky, Jimenez, and co. have crafted an ideal jumping-on level for lapsed Batman followers, and an exciting continuation of what’s come earlier than for longtime readers. This week’s ending is a hell of a cliffhanger that simply reinforces what good fingers this collection is in.

Miss any of our earlier critiques? Check out our full archive!