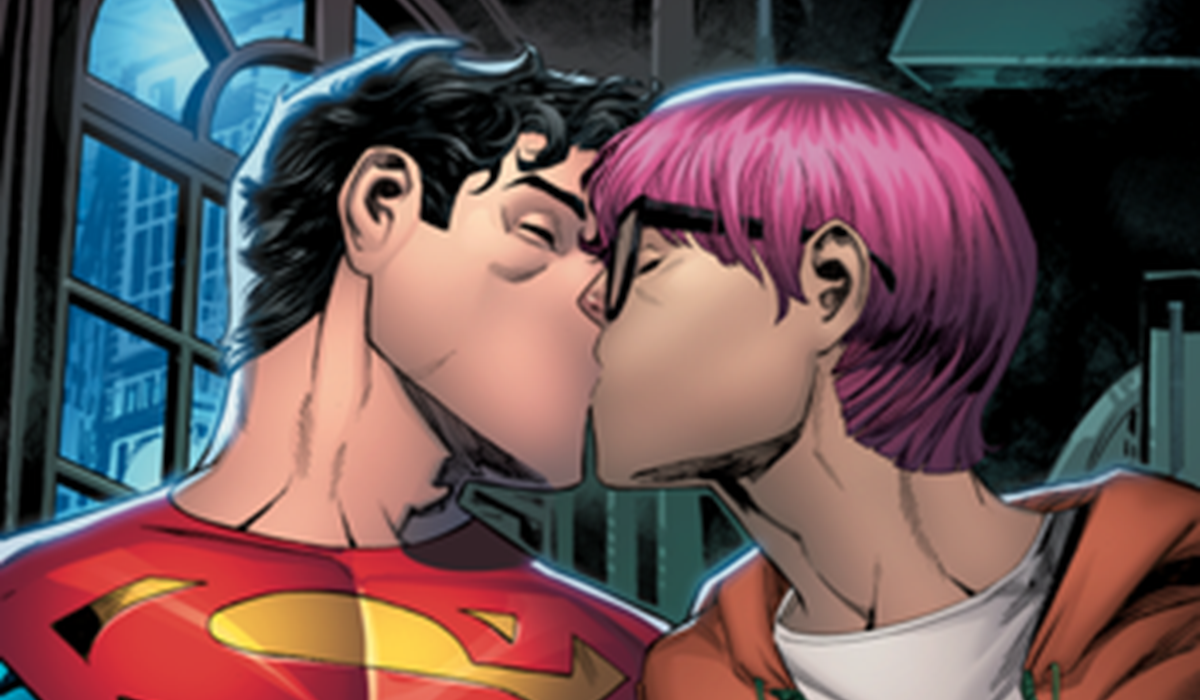 Tom Taylor and John Timms‘s Superman: Son of Kal-El series launched a few months book, finding Jon Kent, the son of Clark Kent and Lois Lane, preparing to take over as Earth’s Superman as his father leaves the planet for a mission off-world. Now the creators are including one other new layer to Jon Kent’s story, as subsequent month’s Superman: Son of Kal-El #5 will reveal that Jon is in reality bisexual.

The reveal, as reported by IGN, comes within the type of a kiss between Jon and his new buddy/love curiosity, Jay Nakamura.

“When I was asked if I wanted to write a new Superman with a new #1 for the DC Universe, I knew replacing Clark with another straight white savior could be a real opportunity missed,” Taylor says within the IGN piece. “I’ve always said everyone needs heroes and everyone deserves to see themselves in their heroes. Today, Superman, the strongest superhero on the planet, is coming out.”

Introduced in Superman: Son of Kal-El #2, Jay Nakamura is a pupil within the Media Department at Metropolis College who meets Jon (in his short-lived secret identification of Finn Connors) on Jon’s first day of faculty, and who shortly befriends Jon after his secret identification is blown. Taylor described the dynamic between Jon and Jay, and likewise revealed that readers will be taught Jay has metahuman skills of his personal:

“He’s obviously an effective journalist, and Lois Lane is his hero. But Jay is also a refugee from Gamorra, so his experience also reflects Clark’s. While this has fortunately changed over the years, historically, Lois has often fulfilled a damsel role. Jay Nakamura will never be that. He and Jon will tackle many things side-by-side. […] What was most important was making Jay Nakamura formidable in his own right. Finding the balance in their relationship so they could be equals rather than having Jay be too reliant on Jon. This is why Jay’s own powers are revealed in issue #4, and we learn he can’t be harmed. That means, of everyone in Jon’s life, Jay is the only person Jon doesn’t need to protect. It means their relationship is an equal one built on mutual support.”

The Jon Kent Superman revelation comes just some months after readers discovered of one other big-name DC superhero is bisexual. A narrative by Meghan Fitzmartin and Belén Ortega in August’s Batman: Urban Legends #6 noticed Robin Tim Drake start to discover his sexuality, agreeing to go on a date with a former classmate for whom he realized he had emotions past friendship.

Both developments are indicative of a bigger push at DC Comics in the direction of variety, notably in terms of sexual orientation. The writer celebrated June’s Pride Month with an anthology one-shot centered on their LGBTQ+ characters and a collection of variant covers (together with one seen above, that includes the unique Man of Steel carrying a Pride flag), and has debuted numerous new titles that includes queer lead characters together with Crush and Lobo and Aquaman: The Becoming.

The Never-Ending Battle: ADVENTURES OF SUPERMAN #501 – The Beat