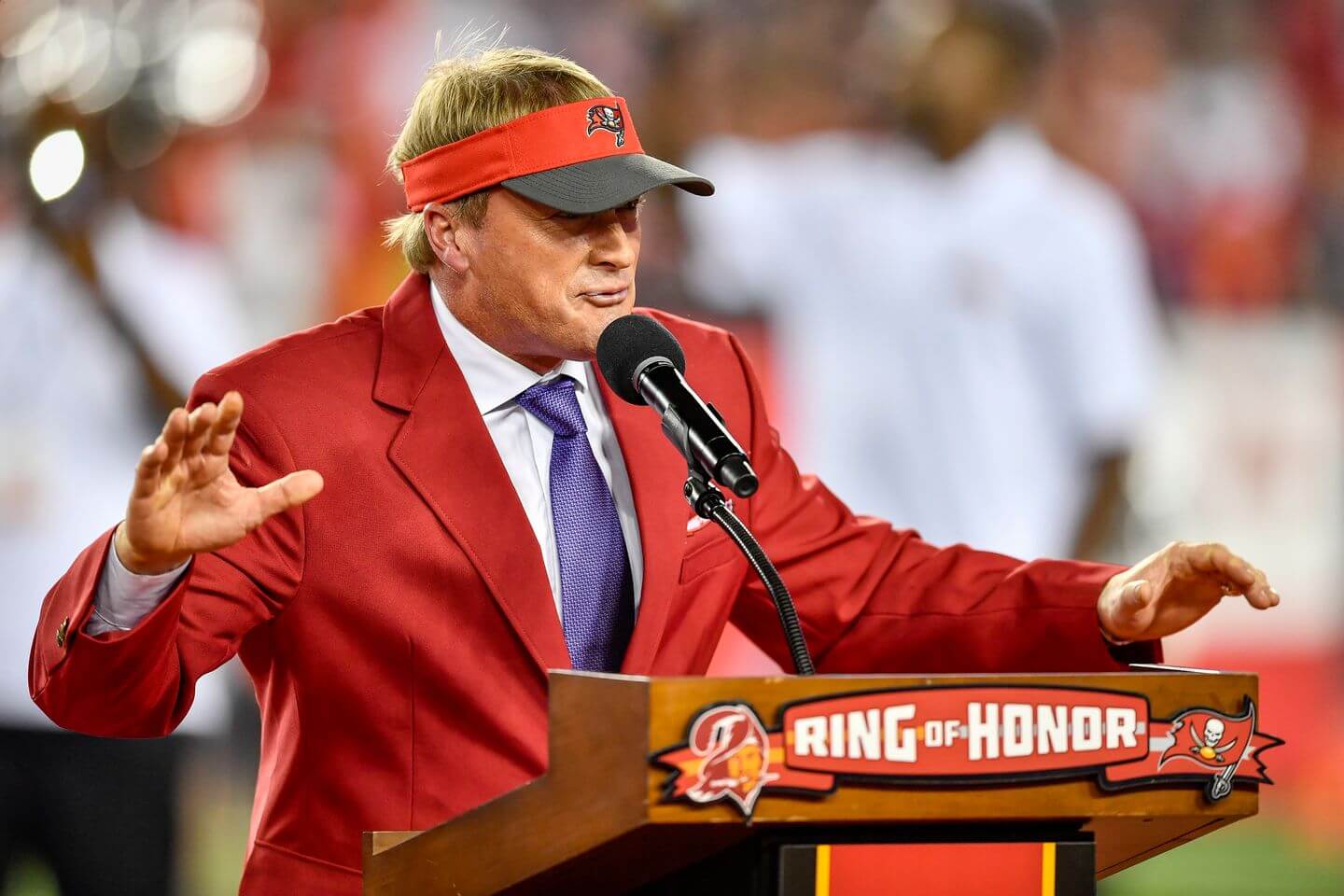 The Tampa Bay Buccaneers are eradicating Jon Gruden from their Ring of Honor. Gruden coached the Bucs from 2002-2008, successful Super Bowl XXXVII with the group.

Gruden resigned as the Las Vegas Raiders’ head coach, after a New York Times report Monday revealed he used racist, homophobic and sexist language in emails, together with some attacking commissioner Roger Goodell, over a number of years whereas working as an analyst on ESPN’s “Monday Night Football.”

“The Tampa Bay Buccaneers have advocated for purposeful change in the area of race relations, gender equality, diversity and inclusion for many,” the franchise stated in an announcement. “While we acknowledge Jon Gruden’s contributions on the field, his actions go against our core values as an organization. Therefore, he will no longer continue to be a member of the Buccaneers Ring of Honor.”